Could Climate Change be Detroit's Salvation? 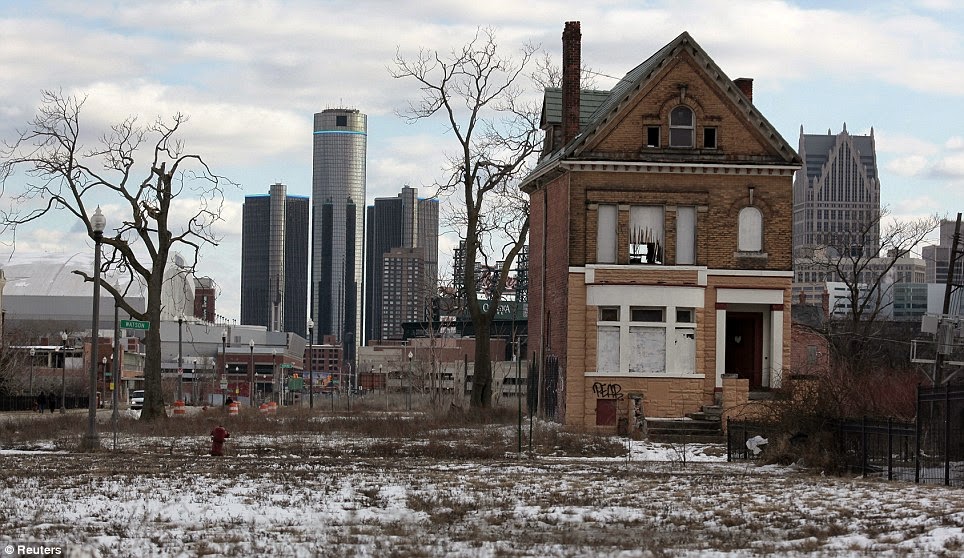 Will climate change be America's 21st century equivalent of William Tecumseh Sherman's "march to the sea"?  The Union general has a lasting place in infamy in the southern states for leading his army on a devastating march from Atlanta to Savannah, laying waste not only to military targets but also infrastructure, industry and civilian property along the route.

In recent decades the south has "risen again."  Industries, such as Boeing, chasing cheap labour and weak labour laws, have flocked to the region.  But the region is also the most vulnerable part of America to climate change impacts - floods, droughts, severe storm events, sea level rise and coastal saltwater inundation plus killer heatwaves.  This leads some experts such as Matthew Kahn, professor of economics, UCLA Institute of the Environment, to believe that climate change will revive the fortunes of the languishing Rust Belt states and even abandoned cities like Detroit.

While economists advocate raising water prices to reflect increased scarcity, politicians shy away from this in order to gain short-term political support. Suppose that the mega-drought persists and desert cities such as Phoenix begin to experience summer temperatures above 43C? In my book Climatopolis, I predict that US urbanites will adapt to these new realities by moving to other cities that are better able to adapt to the new conditions.

Locations such as Detroit (to the north and endowed with water) are prime examples of where we can build our future cities.

The US has more than 300 major cities. These cities will compete to see which (due to natural geographic features and smart local public policies) are best able to cope with Mother Nature's blows. The winners from this competition will experience a net influx of population and rising property prices.

Urbanites will win because they will have a greater menu of destination locations to choose from. Property owners in cities whose quality of life suffers will experience an asset value loss.
They bet on the wrong location.

It does raise the question of what a major exodus out of the US south, especially the south-central and south eastern states, or as I like to call them, Redneckistan, could mean to the more liberal north.  Will they leave that knuckle-draggin', white trash, Dixie culture behind or will they carry that cultural ebola with them?

The idea of a Rust Belt renaissance is intriguing.  It would be great to see economic and political power restored to the north.  That would be better, all round, for Canadians.

There will certainly be a lot of American refugees looking for a new home. Florida is going underwater,the South West will be a dust bowl, New Orleans and the other Gulf regions will flood and a lot of the East coast will flood. A lot of people on the move and many of them armed. http://www.climateoutcome.kiwi.nz/climate-threats.html

The Americans have been spared any experience of a sizeable 'IDP' (internally displace population) challenge. It's something we tend to associate with countries wracked by insurgencies and civil war. In most conflict situations, however, the displaced try to return home. In America they'll be abandoning home for good and relocating for good. That's not only a source of huge economic dislocation and the destruction of considerable wealth but it can cause disruption in the regions to which the migrants relocate.

It's because of the enormity of this problem that I despair at the tactics of the right that undermine social cohesion just when that may be the most essential need of struggling communities.