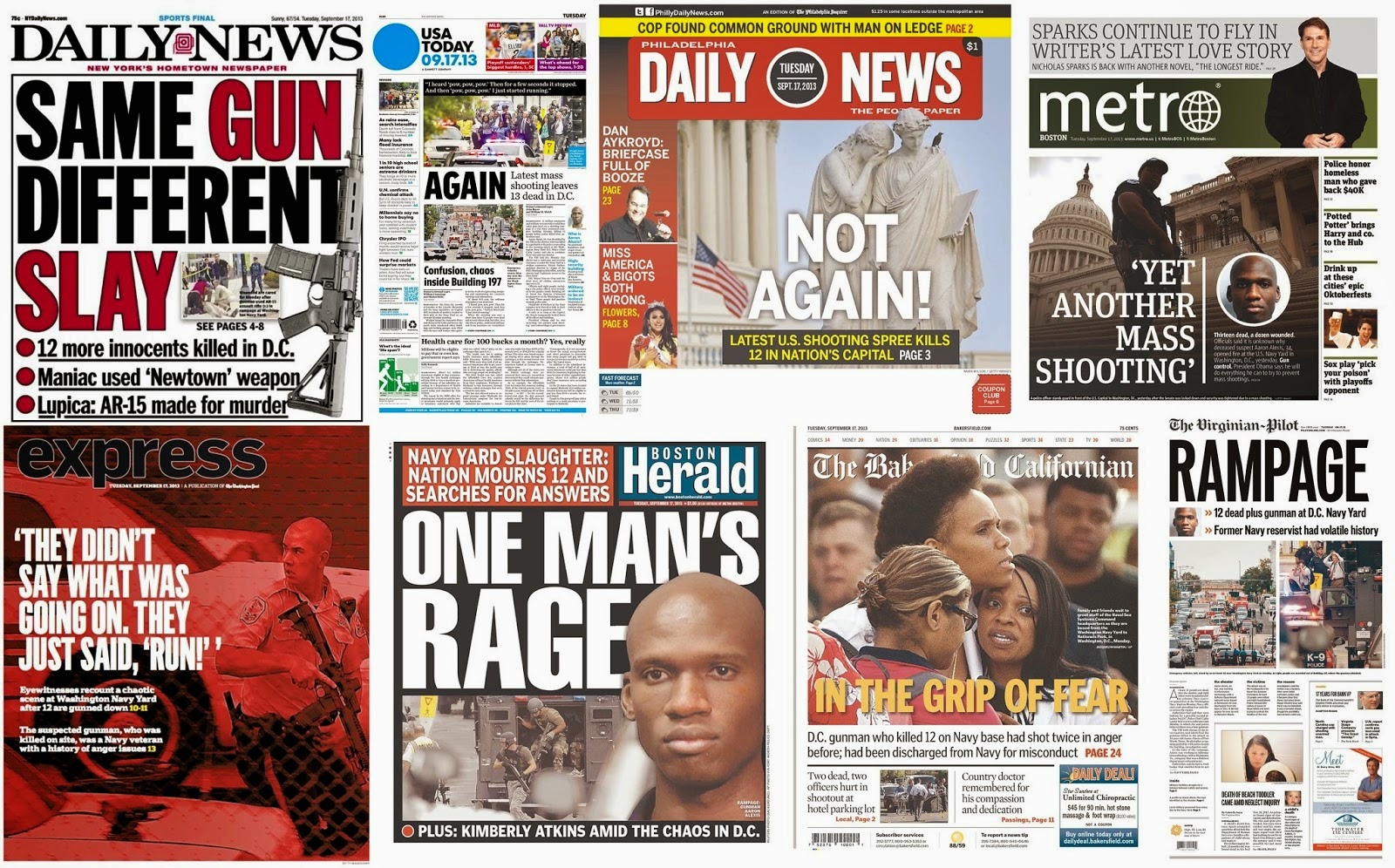 There's something for every side in a new report from the FBI showing an alarming increase in mass shootings in America.

The shootings 'are cropping up around the country at an alarming rate,' Jmes Yacone, an FBI agent in charge of the bureau's critical incident response group, said at a news conference in Washington.

The report found that most mass shootings are over in well under 5-minutes and about a third last less than 2-minutes.  In 107 of 160-mass shootings for which timelines existed, police arrived after the violence ended.
Posted by The Mound of Sound at 10:42 AM

Interesting for sure,however, that same FBI report,at least according to a copy of the report showing on Alex Jones Infowars,shows ZERO murders in Newtown,the site of the Sandy Hook
Elementary School during the years mentioned.