Clean Is Cheap, Cheaper Than Dirty. 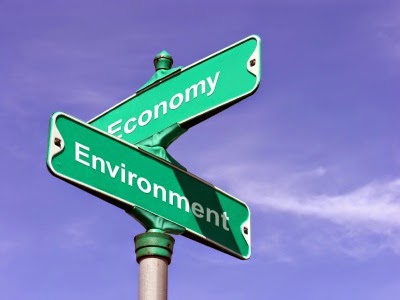 Of all the Big Lies embedded in our collective consciousness by the fossil fuelers and their minions in government is the scary tale that going green, decarbonizing our economies and our societies, would be devastatingly expensive.  They keep drumming into our heads that shifting off fossil fuels would destroy our economies and plunge us into poverty and darkness.

A report to be released today contends that going green would essentially cost almost nothing.


A global commission will announce its finding on Tuesday that an ambitious series of measures to limit emissions would cost $4 trillion or so over the next 15 years, an increase of roughly 5 percent over the amount that would likely be spent anyway on new power plants, transit systems and other infrastructure.
When the secondary benefits of greener policies — like lower fuel costs, fewer premature deaths from air pollution and reduced medical bills — are taken into account, the changes might wind up saving money, according to the findings of the group, the Global Commission on the Economy and Climate.

The commission found that some $90 trillion is likely to be spent over the coming 15 years on new infrastructure around the world. The big challenge for governments is to adopt rules and send stronger market signals that redirect much of that investment toward low-emission options, the report found.

“This is a massive amount of investment firepower that could be geared toward building better cities, and better infrastructure for energy and agriculture,” said Jeremy Oppenheim, who led the research for the report.

While the commission found that the requisite steps may make economic sense, that does not mean they will be politically easy, the report says. For instance, the group will recommend that countries eliminate subsidies for fossil fuels, which cost about $600 billion a year but are vigorously defended by vested interests.

This isn't about making our lives better or whether we can maintain maximum affluence and ease.  It's about what sort of life we're going to bequeath to our children and theirs.  There are already a lot of climate change impacts in the pipe that we can't do much about.  That's not to say that we, today and in the coming years, can't make those impacts far worse than they need be.  If we don't have the courage to change our behaviour, the bill for our cowardice will be foisted off on those to come.

Should this report ever penetrate the minds of our somnolent fellow citizens, Mound, i expect it will be met with a facile denial from the Harper regimes along the lines of, "Our studies disagree strongly with theses findings."

The forces of the status quo are incredibly powerful indeed and their control reaches even into the offices of our opposition leaders.

Then again Lord Stern and his associates see green energy as a vehicle for constant growth. They fall into the trap of treating climate change as a stand alone challenge, something that can be dealt with in isolation of other, also potentially existential threats.

"an increase of roughly 5 percent"

is as far as and as deep the right wing talking points will go.