The Cavendish Cottager Comes Roaring Back to the Front Page 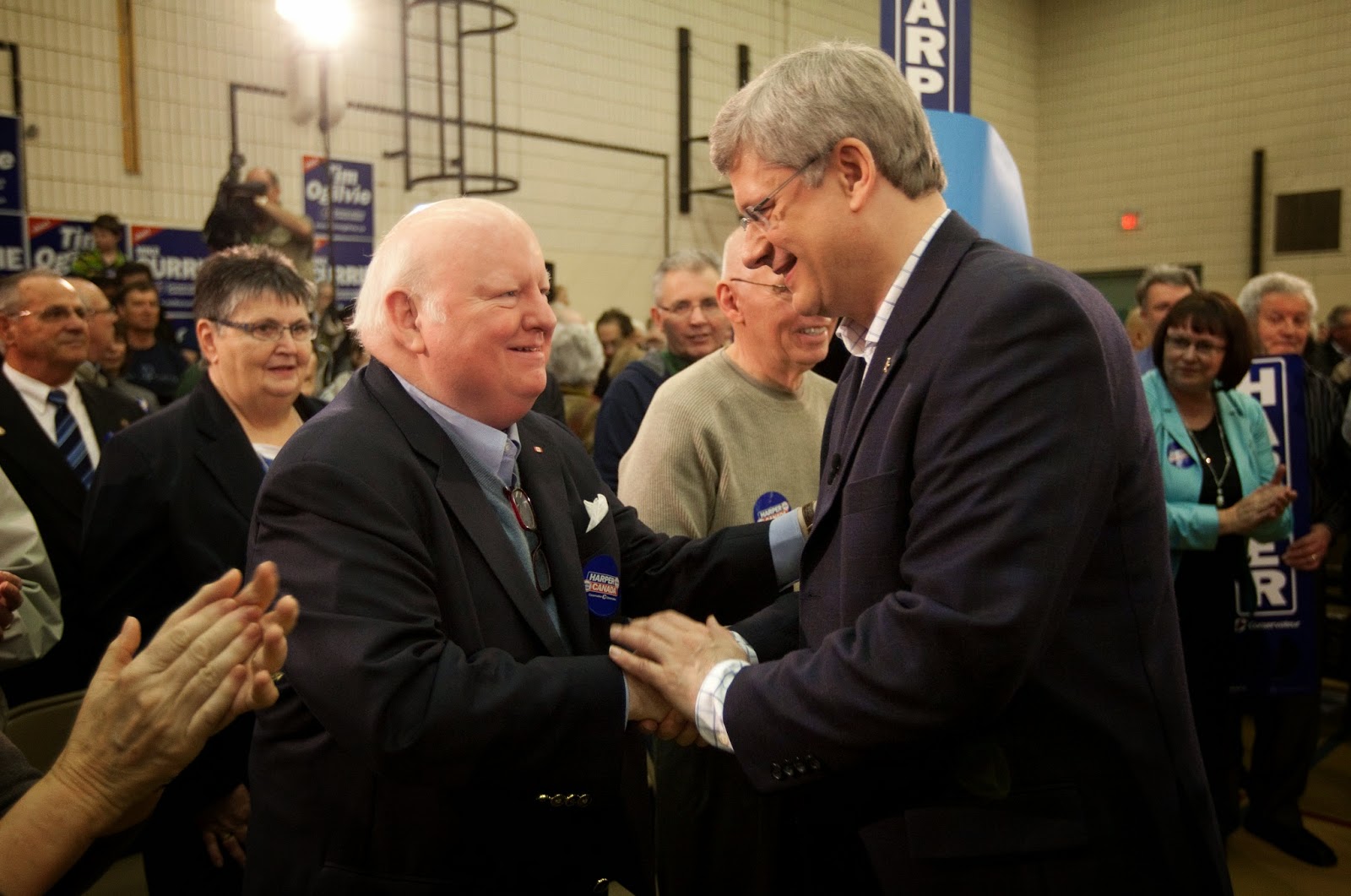 Stephen Harper's pucker factor must be at "Level 7- Deep Purple" at the prospect of what awaits when Conservative senator Mike Duffy begins his criminal trial process this week.   A former top advisor to the reigning prime minister says the word is that they're shitting bricks about what Duffy might have up his sleeve.

Stephen Harper and the Conservatives should be worried about the pending trial of suspended Senator Mike Duffy because of "what Mike might have up his sleeve," a former senior adviser to the prime minister says.
Keith Beardsley, who served for five years as Harper's deputy chief of staff for issues management, warned the court proceedings could leave Harper and his staff scrambling to put out fires.
"Duffy, being the showman, he'll release whatever he can release when it's the most damaging and that's what the party, the prime minister, PMO has to be on guard for. And they just sit and wait for it to come and you have no control over those types of situations, you simply react," Beardsley told CBC News.
"So as we get closer, the longer this goes on and the closer it gets to the election date, the more damaging that type of information is."
And, yes, Duffy is coming out fighting and, perhaps, Harper & Co. have reason for concern.  That much seems apparent from accounts that Duffy's counsel is considering waiving the preliminary hearing and proceeding directly to trial.
A source tells CBC News that Duffy's lawyer, Donald Bayne, is considering skipping the preliminary phase to move to trial quickly.
Duffy is facing 31 charges in connection with allegations of misspending of public money. The charges include fraud, breach of trust and bribery of a judicial officer. The RCMP laid the charges July 17, after a year-long investigation relating to Duffy's Senate living allowance, expense claims, awarding of consulting contracts and a $90,000 payment from the prime minister's former chief of staff, Nigel Wright.
Waiving the prelim?  There's a cannon shot across the bows.  Bayne knows what he has in his arsenal, the documents.  Here's the important thing to keep in mind.
NONE of these events was ever expected to become public.  It was all done very covertly - the deal, the money, the corruption of the majority in the Senate to launder Duffy's audit reports - in the party cloakroom.
NONE of these events would have surfaced save for one e-mail that Duffy couldn't help but send to his Ottawa confidantes detailing (in advance) what was to unfold in the deal he'd reached with the PMO.
It was Duffy's e-mail.  It was sent contemporaneously with or in advance of events that it describes quite accurately.  It's one thing to deceitfully tell others that the prime minister has a fondness for your man-musk.  It's another altogether to describe to your nearest and dearest what the prime minister is willing to do for you and to thereafter have them come to pass.
As it turns out, it's that one Duffy e-mail, leaked to CTV's Bob Fife that, for Harper & Co. was their live grenade.  They literally indict themselves when they deny the existence of an agreement, documented in advance and circulated broadly, the particulars of which came to fruition.  That's a situation that walks like a duck, quacks like a duck, looks like a duck - it's a duck.
By denying events that are attributed to you on a date before which they came to occur, is to self-convict.  That might, in open court, give rise to a situation in which certain members of Harper & Co, Harper's personal nest of vipers in the PMO and Senate leadership decided to drop the pretence. It seems like a "weakest link" situation.  It's an old tactic. To a lawyer with Bayne's experience and achievements, little nuanced inconsistencies become sledgehammers.

Any idea about the documents in this case?  I've read that, between what the PMO, Nigel Wright, and Mike Duffy coughed up, it was around 600-pages in length.   I've also heard that there are another 250 documents from post-it notes to messages and solicitors' letters that pretty concisely chronicle the fact and sophistication of what transpired.

This was a fairly well thought out scheme to make a potentially big political problem go away.    Then someone talked.  Others talked. It was in the papers.
E-mails surfaced.  They revealed both a plan and a benefits package.

Going directly to trial is a gutsy move but is it an act of desperation or an act of revenge?  Is it Duffy's way of taking the fight to Harper, dragging Harper's former key advisors back into the fray?
Posted by The Mound of Sound at 8:10 AM

Email ThisBlogThis!Share to TwitterShare to FacebookShare to Pinterest
Labels: Duffy

I really hope it will bring Harper down. but I fear it will be too late. And if Harper gets pushed to step down, it means another conbot takes his place and folks might vote conservative once again.
The rape and pillage of the country will continue, and really even if Trudeau does get in, I doubt much will change.

It's no secret I share your cynicism, Deb. My sense of this is that Duffy figures if he's going down he might as well gore Harper's ox in the process.

I'm wondering whether a move to head straight to trial might make Harper call a snap election before any evidence can go in.