Why Getting Our Arab Allies Off Their Fat, Pampered Asses Matters 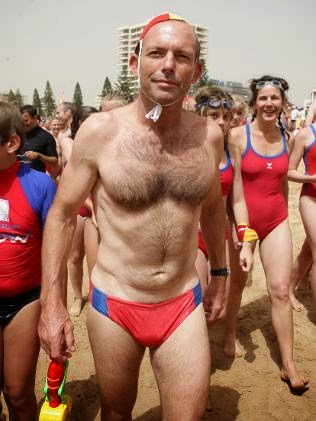 Since Obama started this 'get ISIS' coalition-building business, the Sunni Arab world has been conspicuous by its absence.

But Tony Abbott leapt straight in – committing 600 Australian military personnel and more aircraft to the conflict, thereby giving the Arab leaders good reason to believe that if they sit on their hands for long enough, the West will fight their war for them.

Even as Abbott made his announcement in Darwin, the US Secretary of State was trailing his coat-tails in Cairo, making little headway with pleas for assistance from a murderous military regime that will shoot its own people, but seemingly dares not volunteer to face the so-called Islamic State on the battlefields of Syria and Iraq.

Either collectively in Jeddah or in one-on-one meetings with Kerry as in Cairo, Iraq, Jordan, Egypt, Saudi Arabia, Turkey, United Arab Emirates, Qatar, Kuwait, Bahrain, Oman and Lebanon all have baulked at making explicit military commitments to confront a force that they all see as a direct threat to their thrones, bunkers and, in one or two cases, tissue-thin democracies. With the exception of Iraq, which has no option because it is under attack at home, none has publicly committed military support.

McGeough warns that, despite Obama's assurances that we'll only be dropping bombs on Islamic State forces, it's a formula for failure.

...An air war cannot succeed without a substantial boots-on-the-ground accompaniment – and that part of what Obama calls a strategy is very much on a wing and a prayer.

The Kurdish Peshmerga can fight, but they can't defend all of Iraq. The Iraqi army, trained and equipped by Washington at a cost of hundreds of billions of dollars, is erratic and more likely to cut and run than to stand and fight. Next door in Syria, Obama is banking of the ranks of the Free Syrian Army – which for years he has complained could not be counted on, and which Washington now tries to convince us can be taken to Saudi Arabia, retrained and sent home to win the war.

More than a decade trying to wave a magic wand over the security forces of Iraq and Afghanistan should have convinced the White House that relying on these newly trained forces qualifies for dismissal under the Obama dictum of "don't do stupid stuff!"

Oddly, the Prime Minister warned Australians to prepare for a fight that might last "months rather than weeks, perhaps many, many months indeed…" Seems he's in as much of a hurry to get into this war, as he seemingly thinks he will get out of it.

It's not clear why. This "we must do something right now" response is likely to create a bigger mess than already exists in the region. Consider: the death of 200,000 locals in Syria failed to rouse much of a reaction in the West; but the deaths of two Americans – and now a Briton – has raised a crescendo for international war when it might have made more sense to tackle regional politicking and feuding first.  He might be right.  Random acts of warfare might just be the political Viagara for ailing, flaccid heads of state who can't find any other way to get their peckers up.
Posted by The Mound of Sound at 9:57 AM

Yes, I read it. Quite interesting. Maybe we are okay with the Saudis because they hack a head off with a sword whereas ISIS saws the head off with a knife. Then again it might have something to do with the fact that ISIS has no outstanding orders for Canadian armoured vehicles.