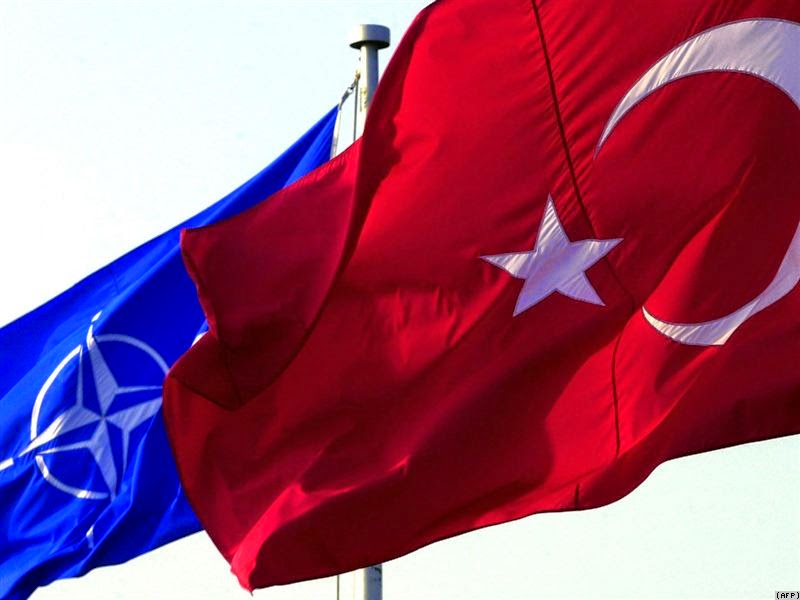 The allegation:  our longtime NATO partner, Turkey, has been supporting al-Qaeda in Syria.  The accuser, Francis Ricciardone, until late June the American ambassador to Turkey.

"Turkey has directly supported al-QAeda's wing in Syria, in defiance of America, the former US ambassador has disclosed.

"The Turkish authorities thought they could work with extremist Islamist groups in the Syrian civil war and at the same time push them to become more moderate, Ricciardone told journalists in a briefing.  That led them to work with Jabhat al-Nusra, an al-Qaeda offshoot, as well as hardline Salafi Islamist groups such as Ahrar al-Sham.  Mr. Ricciardone said that he tried to persuade the Turks to close their borders to the groups, but to no avail.

Turkey has declined to join Obama's coalition to beat back the ISIS threat in Iraq and Syria and has prohibited US forces from launching missions against ISIS from bases inside Turkey. In another, "whose side are you on anyway?" moment, it's reported that Turkey has failed to interfere with ISIS' oil marketing by which ISIS has become one of the wealthiest terror groups ever.

Too bad for Ankara that it's not working out that way.

You could be right, Ed. Yet any evidence that Turkey hoped to use ISIS to keep its own Kurds in line may upset the peace Turkey has enjoyed with Iraqi Kurdistan in the long run.