Sometimes In Life, It's the Little Things That Matter 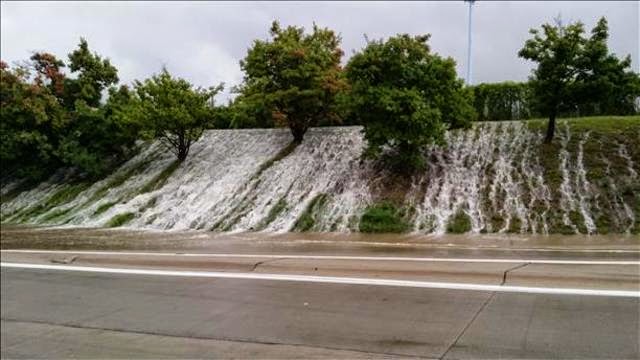 That's the face of early onset climate change. It's the face of severe weather events of increasing frequency, intensity and duration.  It's weather made a little worse, a little more often, a little longer.  Yet it is, indeed, the little things that can really matter.

A little heavier rain, an extra day or two, once or twice more often per month. The thing is, all these little things add up and they multiply the overall impact and the long-term damage.  For example, metro Detroit got hit with more flash flooding yesterday.  That, by my count, is the fourth or fifth incident in the past two months.  That might even be something of a record.  That area is just full of records.  They experienced a record cold winter thanks to the Polar Vortex. Record snowfalls too.  Now record floods.  They can't seem to catch a break.

The little things count.  In many urban areas, infrastructure was designed and built for another climate from another time when population demands were a good deal less pressing.  With the passage of time and steady growth, infrastructure systems that were once ideal become old and increasingly inadequate to meet demand. Then you compound that with climate change impacts that were never foreseen by planners even twenty years ago and, quite suddenly, you can find yourself overwhelmed, your infrastructure overtaken by events.

Canada's premiers know we need a major infrastructure programme and it's needed urgently.  They're dealing with a prime minister for whom what the provinces and the Canadian people need doesn't matter much.  Why bother about pressing and costly needs at home when you can get all the press you need by howling at Vlad Putin to the delight of the media's trained seals?