Oh, Damn. The Word is Getting Out. 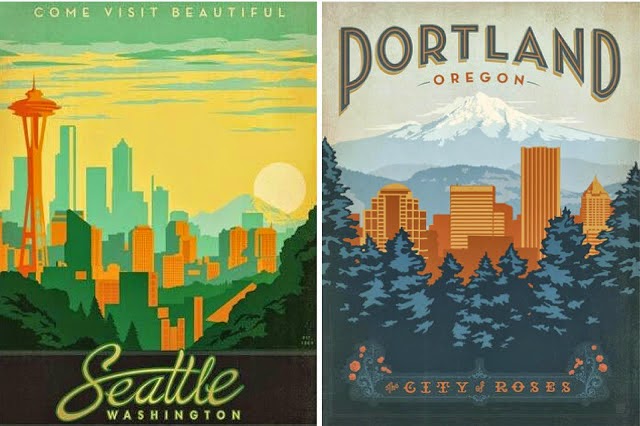 Don't believe a word of it.  Stay where you're at.  You really wouldn't like it here anyway, really.

An article in The Guardian, "Is Alaska the new Florida? Experts predict where next for America's "climate refugees." is, in a word, unsettling.

The article speculates that, by 2100, Alaska may be a top migration destination for Americans seeking refuge from a much harsher, more hostile climate in the lower 48.  However the bulk of the article suggests the Alaska reference was really a red herring:

"The answer is the Pacific north-west, and probably especially west of the Cascades," said Ben Strauss, vice president for climate impacts and director of the programme on sea level rise at Climate Central, a research collaboration of scientists and journalists. "Actually, the strip of coastal land running from Canada down to the Bay Area is probably the best," he added. "You see a lot less extreme heat; it's the one place in the west where there's no real expectation of major water stress, and while sea level will rise there as everywhere, the land rises steeply out of the ocean, so it's a relatively small factor."

Clifford F Mass, a professor of atmospheric science at the University of Washington, writes a popular weather blog  in which he predicts that the Pacific north-west will be "a potential climate refuge" as global warming progresses. A Seattle resident, he foresees that "climate change migrants" will start heading to his city and to Portland, Oregon, and surrounding areas.

"The Pacific Ocean is like our natural air-conditioning," Mass said in a telephone interview. "We don't get humidity like the east coast does."

As for the water supply? "Water is important, and we will have it," he said. "It's a pretty benign situation for us – in fact, warming up just a little bit might be a little bit welcome around here."

Already, he said, Washington state is gearing up to become the next Napa Valley as California's wine country heats up and dries out. "People are going crazy putting in vineyards in eastern Washington right now," Mass said.

Hmm, sounds suspiciously like a Chamber of Commerce pitch to me.  Notice how there wasn't a single mention of how we get earthquakes out here?  Or those really big black & white creatures that prowl the coastal waters?  And, don't forget, we don't have the CN Tower or Marine Land either.  Did I point out that visitors mention that our air smells of the sea?  And we're lucky if we get snow two or three days a winter. You'll miss all that snow and ice.  That sort of thing really gets in a person's blood and, besides, how else do you exercise in the winter?

Did I mention the coastal Rain Festival that usually runs from October to June?  It makes this place the wettest part of Canada - by a country mile.  The Atlantic provinces are next and they're not even close.

So Ontario, Manitoba and Saskatchewan - and you too, Alberta - just stay put.  You really wouldn't like it out here.  Trust me.