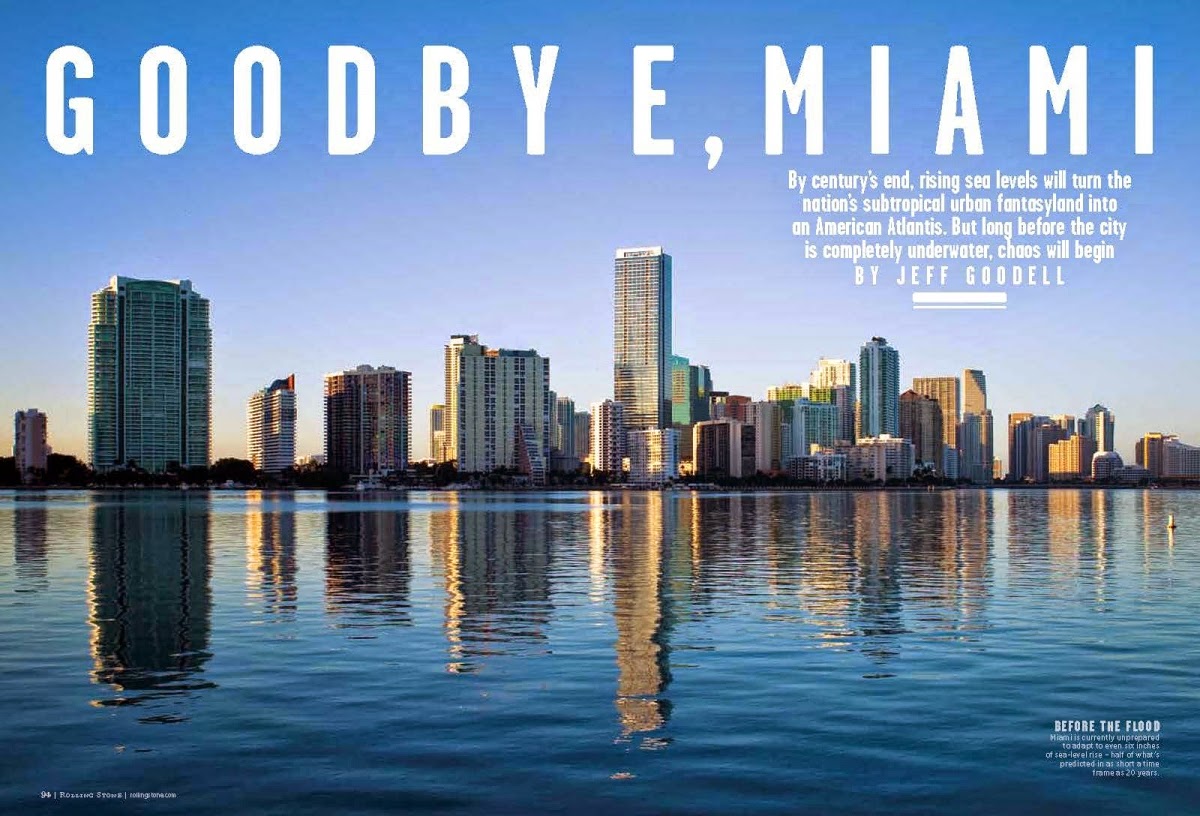 On October 9, the Earth, sun and moon will align just so to create a King Tide, the highest tides of the year.   In Miami, all eyes will be on the rising seas.

On high tides or in the event of storm surge, Miami streets are awash in sea water.  Storm sewers back up or the ocean can simply rise up through the porous limestone bedrock.

There's something of an epiphany under way in south Florida.  For years sea level rise was ignored.  In Miami, the construction industry is still buzzing building condos and shopping malls.  Now the obvious can no longer be ignored.  What will come of it is unclear.  No one has any ideas yet how to hold back the sea, particularly when it rises beneath your feet.

For more of the soggy future in store for Miami, check out this article from Rolling Stone.

In North Carolina, meanwhile, science is girding for a battle with the state's political caste to get the truth out about what sea level rise means for coastal residents.  The state boasts a string of low-lying barrier islands, many of them featuring grand southern mansions and high-end resorts.  There's a lot of wealth tied up in the state's coastal properties and the rightwing legislature is loathe to put property values at risk by loose talk about storm surges and sea level rise.

North Carolina legislators tried to limit state scientists from forecasting anything more than 8 inches of sea level rise this century but the scientific community dug in its heels.  The legislators then fell back on a compromise, a new report limited to a 30-year time frame.

The report will anticipate a foot of sea level rise by 2045 and, while the rate is expected to increase significantly in the second half of this century, the legislature doesn't want to hear about that.