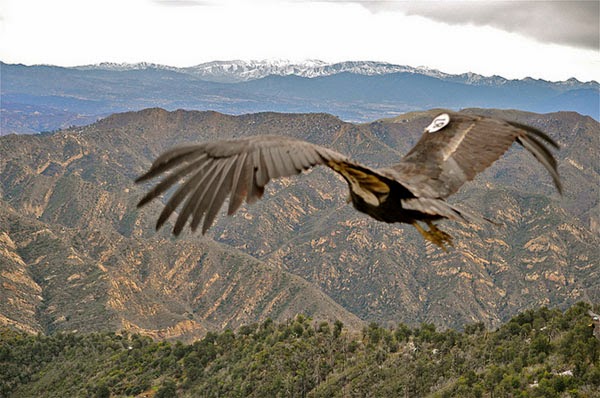 They're finally figuring it out.  An editorial from The Dallas Morning News warns that unless the US launches a major food relief effort to Central America, the country faces a tsunami of refugees fleeing to the US to escape famine.


The swarm of immigrants who came across the border this year, including more than 60,000 unaccompanied minors, could wind up paling in comparison to an immigration crisis looming on the horizon. Famine is a growing concern across Central America because of persistent drought.
...The next wave ...could be driven by a much more formidable force: abject hunger. Central America is in the middle of a serious two-year drought. USAID’s Famine Early Warning System stated in early August that Guatemala, Honduras, El Salvador and Nicaragua are on the verge of a food crisis because of growing, widespread crop failures from scant rainfall. In some areas, rainfall is 50 percent to 75 percent below average.
The drought also is affecting Costa Rica and Panama. Panama Canal operations are on the verge of being curtailed because of declining levels on the freshwater lake that comprises the bulk of the canal route.
Elsewhere, farm output is expected to drop as much as 70 percent. Prices for staple foods like maize and beans are escalating. A coffee bean blight is adding to economic woes. Thousands of Central Americans who rely on subsistence farming no longer know where their meals will come from. The famine report warns that the need for food could cause residents to pack up and leave.
“This situation is particularly critical in northern Nicaragua, where the drought has had the greatest impact,” the famine report says. “These factors will force households in the areas of concern to implement atypical response strategies including atypical migration and sale of household assets.”
The editorial argues for the use of food aid to relieve famine and as an incentive for Central Americans to stay put.

Within the context of climate change, Mound, I guess it is true: We do reap what we sow.

Central America was identified years ago as a region at high risk for climate change impacts. You compound that with relative poverty, the scourge of the narco-trade, an epidemic of crime and widespread corruption and it's easy to see why many would risk everything to escape the nightmare.

When tens of thousands of parents are willing to send their young children north on the slim chance they might make it to safety in the U.S. that's about all anyone needs to understand about the plight facing peasant families across that region.

Whether it's Israel, Ukraine or Honduras, Harper seems to like his gangsters.

The refugee/immigrant issue is causing a large rift in the US, with Southern States, who have to deal with the issue first hand, getting little help from a Federal government that ignores the issue in all its facets. (Most US right-wing grievances are contrived: but concern about porous borders is at least based on reality.)

But absent more American involvement to stabilize central American nations (economically, environmentally and socially), more refugees will come, and that American rift will grow, as the Southern US (with some justification) increasingly takes matters into its own hands due to the failure of the "eastern elites" to deal with a problem they clearly don't care about.

A good policy would be helping central American states grow and prosper, while at the same time not turning a blind eye to properly enforcing current immigration laws and reforming them as need be. Those were pretty much the Clinton and Bush policies. They at least paid them some attention.

While the US can probably take for granted that real existential security threats won't emerge from central America, it could easily have near-failed states near its borders.

It's funny that Obama swans around the world, from the Ukraine to the Middle East, helping to create greater problems at every turn, all the while ignoring his own back yard. Even Bush paid more attention to Mexico and immigration issues. Not a good legacy for Obama.

Hi,Chris. Do you think Obama is sitting back, letting the Republicans demographically self-destruct with their internal feuding over immigration? There's no question he's been ducking the Central American issues.

How do you think the US would respond to an overwhelming mass-migration out of that region trying to enter the US?

I do think he's been avoiding the issue. Perhaps because the Republican anti-immigration hardliners will cause hispanic voters and immigrants to continue to vote D. But I think it is a poor strategy, since it avoids dealing with a real problem. It's a gamble.

The Republicans are not in charge right now. So ignoring the issue doesn't work in Obama's (or the next Democratic presidential nominee's) favour. Porous borders will be used to draw out the Republican base, because the issue will be painted as a Democratic failure. Also, it will be hard to mobilize new hispanic voters to the D cause: what has Obama done for them? So the Ds are only offering negative reasons to vote for them (avoid the Republicans!), which isn't a good strategy.

Any true humanitarian crisis will also work in the Rs favour. Indeed, many Republican politicians already try to paint immigration as a crisis to get the "fear" vote. The problem is that Obama hasn't provided any coherent policy: his laissez-faire approach will make a real crisis more likely. Hypothetically, Post-Crisis, the Democrats would be neutered on immigration.

I have not mentioned US economic policy (aid and trade) or environmental policy in Latin American. Apart from speeches, Obama has ignored those aspects as well. His policy is worse than Bush's! It is like treating a potential cancer with homeopathy. And again, should the crisis metastasize, the Democrats will have little credibility. The Republicans will push to enact fortress America, and let central America fester.

Chris, you reference to "fortress America" struck a chord. Dyer, in his book "Climate Wars" noted that the Pentagon has plans to fortify the border with Mexico and adjacent waters, a sort of Cordon Sanitaire, to block this very sort of migration. As I recall it, Dyer wrote of electrified fences and autonomous gun turrets, lethal systems intended to create a deterrent wall.