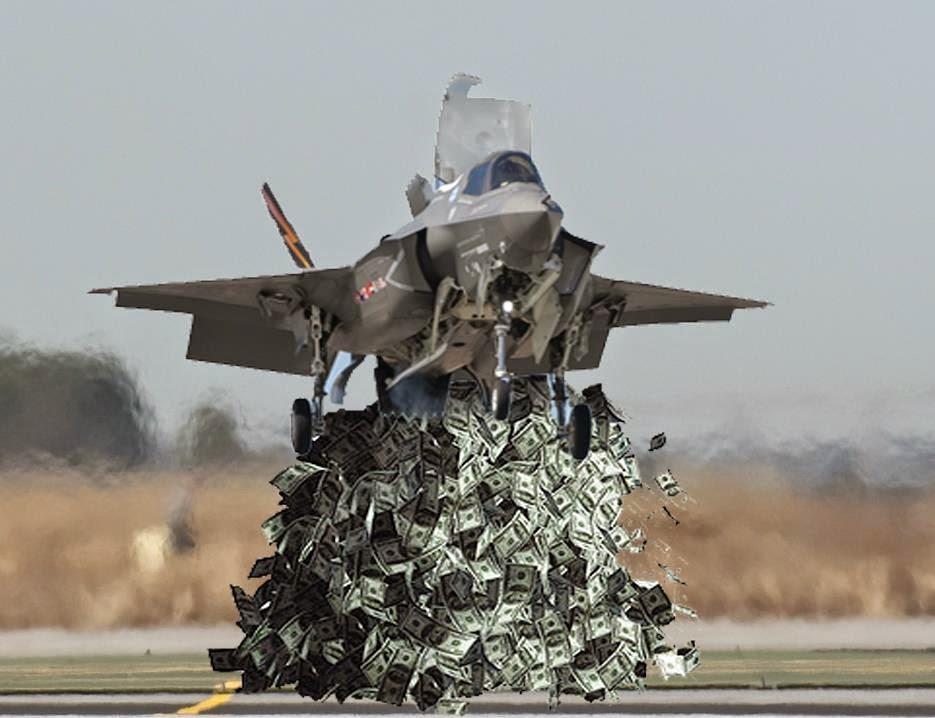 The overdue, overpriced and under performing F-35, light strike bomber, has hit another major snag.  The US government accounting office has released a report showing the F-35 will be upwards of 79% more costly to operate than the warplanes it is intended to replace.  The GAO concludes the F-35 may be unaffordable to operate.


Part of the reasons behind those higher costs can be found in these numbers cited by GAO. First, mean flight hours between critical failures: “As of March 2014, this metric was averaging well below its requirements at maturity, meeting an average of 42 percent of those requirements across all three variants,” the GAO says. And mean time to repair the aircraft “is worsening,” though the report does not offer a specific figure.
The GAO report points out throughout the draft report that CAPE estimates are substantially higher than those of the Joint Program Office, which manages the program, for almost everything to do with sustainment. The official CAPE estimate is $23 billion higher than the JPO’s. But the report says that the CAPE estimate for parts costs would be $120 billion higher than the JPO’s if “they used actual replacement rates being observed at F-35 sites.”
Also, the GAO says that DoD “has not fully addressed” aircraft reliability and technical data rights, which may affect sustainment.