Another Setback for Trump 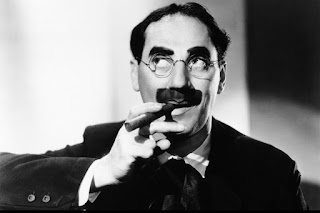 The Trump regime has lost another round in its blatant attempt to use the US census as a vote-rigging tool.

For months the government's team has told hearing after hearing that the proposed citizenship question had to be resolved by June 30th after which it would be too late to add it to the census form for this year.

It seems that wasn't true.

The supposed deadline has come and gone and now the White House still wants to get that citizenship question into the census.

This poses an awful problem for the justice department lawyers representing the Trump regime. The supposed urgency on which their argument was based was false. The lawyers misled the court, a very serious issue.

The justice department tried a clumsy work-around. Why not just put in a fresh team of lawyers, one not tainted by the misrepresentation? They applied - and they got hammered for their efforts.

U.S. District Judge Jesse Furman in Manhattan called the government’s request “patently deficient,” adding that the U.S. had provided “no reasons, let alone ’satisfactory reasons,’ for the substitution of counsel."

Of course there are no satisfactory reasons. What are they going to say, "we lied"?  The court has already bent over backwards for the White House. After finding that the grounds given for the first application were "contrived" it allowed the government side to see if it could come up with a better story. That's something you might expect from Groucho Marx ("Those are my principles. If you don't like them, I have others.")

Barring an appeal, Team Trump will have to pursue the application with the original lawyers who could have to explain why, time and again, they misled the court. Oh dear, oh dear, oh dear.

Dang, I knew that was too good to be true - judges usually give the government an out: "The lawyers may refile their motion to switch out, the order said. But they will have to show 'satisfactory reason' for the change."

-- "Well, your Honor, it's like this... John got reassigned to Nome, Bill's in Guam, and rumor around the caf has it that Cathy is having trouble getting the stains out of Bill Barr's shorts after he heard about the Epstein indictment."

-- "Good enough reasons for me. You may proceed, counsel."


Well done, Cap. I shall read that again this evening just for the fun of it.


"Attorney General William Barr said on Monday that he believes the White House can legally add a citizenship question to the 2020 U.S. Census, although the Supreme Court ruled against the inclusion of such a question last month."

the other shoe drops....

"President Trump will announce an executive action to add the citizenship question to the 2020 census, two senior administration officials have confirmed to CBS News."

Alright, a bit of good news. Point, set & match to you this time:

"Trump gives up attempt to add citizenship question to census"


I wonder if they watched Harper's ploy to destroy our census?
I would have thought the pseudo-libertarian 'census is fascist' meme would work better down there.