What Are We Doing? A Shot in the Arm for the Tar Sands. 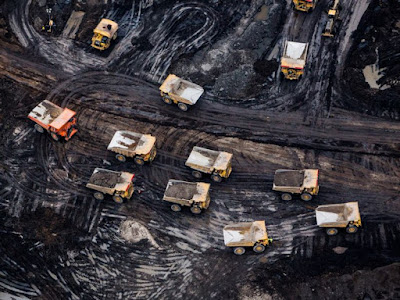 There's news this morning about Teck Resources play to open a new pit in the Athabasca Tar Sands. It promises to be a major investment, 20 billion, and the company hopes it will eventually produce 85,000 barrels per day by 2026 ramping up to 260,000 barrels of bitumen goodness per day by 2037.

Regulators have given the proposal a big thumbs up despite concluding, "there will be significant adverse project and cumulative effects on certain environmental components and indigenous communities.”

It still has to clear EnviroMin, Dame Cathy's desk but, true to form, she has already ducked the issue saying if her office concludes it's an environmental fiasco, like Pontius Pilate, she'll wash her hands of it and pass the decision along to cabinet.  If she can approve it, fine. If she can't then cabinet gets to approve it.

I thought about the Teck venture this morning as I read an op-ed written by Chris Hedges in 2017.

Civilizations over the past 6,000 years have unfailingly squandered their futures through acts of colossal stupidity and hubris. We are probably not an exception. The physical ruins of these empires, including the Mesopotamian, Roman, Mayan and Indus, litter the earth. They elevated, during acute distress, inept and corrupt leaders who channeled anger, fear and dwindling resources into self-defeating wars and vast building projects. The ruling oligarchs, driven by greed and hedonism, retreated into privileged compounds—the Forbidden City, Versailles—and hoarded wealth as their populations endured mounting misery and poverty. The worse it got, the more the people lied to themselves and the more they wanted to be lied to. Reality was too painful to confront. They retreated into what anthropologists call “crisis cults,” which promised the return of the lost world through magical beliefs.

“The most significant characteristic of modern civilization is the sacrifice of the future for the present,” philosopher and psychologist William James wrote, “and all the power of science has been prostituted to this purpose.”

... A society in crisis flees to the reassuring embrace of con artists and charlatans. Critics who ring alarm bells are condemned as pessimists who offer no “hope,” the drug that keeps a doomed population passive. The current administration—which removed Barack Obama’s Climate Action Planfrom the White House website as soon as Donald Trump took office—and the Republican Party are filled with happy climate deniers. They have adopted a response to climate change similar to that of the Virginia Legislature: ban discussion of climate change and replace the term with the less ominous “recurrent flooding.” This denial of reality—one also employed by those who assure us we can adapt—is driven by fossil fuel and animal agriculture industries that along with the rich and corporations fund the political campaigns of elected officials. They fear that a rational, effective response to climate change will impede profits. Our corporate media, dependent on advertising dollars, contributes to the conspiracy of silence. It ignores the patterns and effects of climate change, focusing instead on feel-good stories about heroic rescues or dramatic coverage of flooded city centers and storm refugee caravans fleeing up the coast of Florida.

Droughts, floods, famines and disease will eventually see the collapse of social cohesion in large parts of the globe, including U.S. coastal areas. The insecurity, hunger and desperation among the dispossessed of the earth will give rise to ad hoc militias, crime and increased acts of terrorism. The Pentagon report “An Abrupt Climate Change Scenario and Its Implications for United States Security” is blunt. “Disruption and conflict will be endemic features of life,” it grimly concludes.

Even if some might have seen Hedges' views as hyperbolic back in 2017, the flood of climate change devastation since then serves to confirm his opinions. We are trapped in a dangerous state of cognitive dissonance. The Northern Hemisphere is getting hammered from Svalbard, 1300 miles above the Arctic Circle all the way south to the equator. Meanwhile our political caste, Liberal and Conservative, look the other way intent on flooding world markets with high-carbon, low-value bitumen.

I read the Hedges'piece this morning as well, Mound. He clearly has this all figured out, but because the truth of what he writes is so inconvenient, it will be, as usual, ignored. I have no doubt we will continue on our present course.


When I created my blog a dozen plus years ago I dedicated it to "the restoration of progressive democracy." It wasn't long before I began delving into the issue of social cohesion and what might result if we failed to arrest its decline. We didn't arrest its retreat. There was no progressive restoration. We went the other way and that culminated in the rise of authoritarian hustlers like Trump, Johnson, Bernier and so many others.

Now the wonks tell us that we've become divided into camps that don't communicate and, worse, despise each other.

I'm too cynical to believe this social fracture is entirely inadvertent. After all it delivered Trump his "base" and Johnson his Brexiteer faction.

Look at our own Canada where majority rule passes from Conservative to Liberal and back again on the strength of three or four per cent while more than three out of five voters are shut out.

Then you have the neoliberal order by which majority governments elected with the support of fewer than two out of five voters still delegate incidents of sovereignty, through global trade agreements, to the private sector. What does that do but further weaken the bond between government and the public to accommodate the partnership of the political caste and the corporate sector?

Under these conditions societies are beginning to delaminate, layers becoming factions that wind up fighting over scraps.

When you're gifted a majority government on fewer than two out of five votes cast and then it turns out that false majority you won was based on empty promises, where does that government find its legitimacy except in technicalities and regulations? Is that democracy? It certainly isn't liberal democracy. Progressivism is all but extinguished. We turn on each other.

Eventually the shale oil of the USA will disappear as the economics and the renewable competition heats up.
Tarsands has a long way to go before it becomes too expensive to mine.
Pressure will bear on the employees as mechanisation creeps in to it's production.
As for the political caste.
I do not know of one western country regardless of politics that has not succumbed to the oil lobby or any other resource extraction lobby!
We all know that the Conservatives succumb to easy pickings of big business but recent( last 20 years) governments right or left wing have towed the line and cow towed to the same.
I say this at this time as our NDP (quasi socialist government) ignores the plight of forestry workers and allows endless export of lumber and also ore and coal for use elsewhere.
At this point in time alternatives to the status quo, of government, do not exist.

.. I saw & read the first announcement re the Teck Tar Sands project.. it was in a mainstream website as I recall. Perhaps from a link on Twitter. I complained at the time, that Canadians had received no real details, but that its to be very near Wood Buffalo National Park. Ms McKenna was quoted as per your post. But the money mentioned - hyped was astonishing over the duration of the enterprise.. staggering. Unheard of billions into the federal and provincial treasuries. No business case, no fact about open pit or in situ, no mention of fresh water source, no mention of resulting toxic water storage or venting. (We should know and vote on feds and Alberta 'negotiating' how quickly & how much may be dumped into OUR water tables, rather than stockpiled) No mention of the subsidies, tax credits, not a mention of a verified buyer (what country) or pipeline shipping deal.

Seemingly its a miracle. 'Unfairly Discounted' diluted bitumen goes in one end of a pipeline, presumably to Burnaby BC and pops out of a supertanker to somewhere as Brent Benchmark 'Oil' .. Jeebuz and the loaves & fishes go to Tidywater.. and soon after cometh The Bitumen Rapture ? And who is actually bankrolling this miracle.. well, that's you Mound, me, Michel Bernier, ms Rempel.. not Scheer or Trudeau.. we pay their expenses anyway.. Not a mention of Remediation (we will pay for that too, and every Albertan as well.. but not Jason Kenney) No mention of expected & understood emissions.. again, its an f'n miracle.. its the increasing of emissions that will lower emissions.. What th Fluck ? Is that 'known science' ?? Is that a new wave magic mushroom or peyote algorithm ? A new religious belief ? Someone is going to make a shiteload of $$ on our dime.. and the political collusion will be obvious and astonishing.. cue the dancing unicorns !! Calloo Kallay ! Hurray !!!!!

Glad you were able to read about this. Anyong