Climate Change - a Burning Fuse in the Middle East 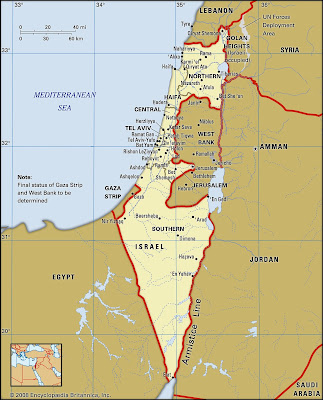 Across the Middle East, climate change-driven heatwaves and drought are giving rise to destabilizing impacts.  The Israeli newspaper, Haaretz, reports that the country is dangerously unprepared for global food shortages. The state, which is heavily dependent on imported grain has failed to stockpile enough reserves.

Haaretz also reports that hunger has displaced religion as the trigger for conflict in the Middle East.  Food insecurity is perhaps the most powerful destabilizing force in that region.

Israel, like many of its Arab neighbours, has become dependent on desalination for producing an adequate freshwater supply. The downside to desalination is disposal of the resulting brine that can be lethal to marine life, i.e. fish stocks, when it is pumped back into the sea. Haaretz reports that the desal industry is dumping 50 per cent more toxic brine than once believed.

Another item in the paper concerns the warming of the Mediterranean and how the region, especially the eastern Med, will be developing hurricanes in the coming years that could whipsaw the region between devastating floods and devastating droughts.

It's becoming too obvious that our, mankind's hope of curbing truly catastrophic  climate change rests on what Hans Joachim Schellnhuber described as the "induced implosion" of the global fossil fuel industry. It's not going away on its own. It will only stop when our governments put it down, the 'induced implosion' that may be our last best chance. That last best chance is not compatible with our government's agenda. Not the Harper government. Not the current government. Not whatever part forms Canada's next government in October.