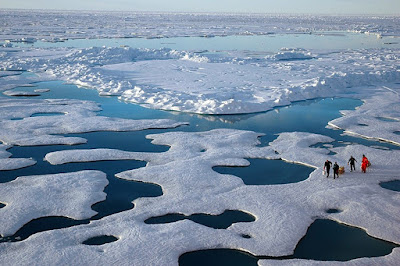 Alaska is throwing its universities to the wolves. The Republican governor, Michael Dunleavy, eager to deliver bread and circuses to the people of the 49th state, has slashed university funding by 40 per cent.

Alaskan politicians have for many years "bought" votes by doling out oil revenues to the residents. It's a guaranteed formula for a boom and bust economy.


Dunleavy's spending cuts were part of an attempt to make good on a campaign promise: to increase the state's Permanent Fund Dividend—the checks sent to residents each year from royalties the state collects from the oil industry. The amount typically ranged from $1,000 to $2,000 per person, but that was reduced by former Gov. Bill Walker as he sought to cover a budget deficit. The unpopular move may have been the nail in the coffin of his re-election campaign. Dunleavy promised $3,000 for each resident if elected.

On the chopping block is the University of Alaska Fairbanks, a hub for climate change research in the Arctic.

Once the graduate students start leaving, Walsh said, "it's a death spiral for research. And the research, which is taxed at 55 percent by the university, is a source of funding for the university."

Meanwhile, the Barents Observer has a climate wrap up of conditions in their corner of the Arctic.


...Parts of the far northern region saw temperatures more common to southern beach resorts. In North Siberia, along the coast of the Laptev Sea, heat brought average temperatures for the month up to 8 degrees Celsius above normal, information from Russia’s meteorological institute Roshydromet shows.

Major parts of the Taymyr Peninsula, as well as adjacent Laptev and East Siberian Seas, were about 4 degrees warmer than normal, maps from the institute show.

The heat dried out vegetation and prepared the ground for major wildfires.

According to the Copernicus Atmosphere Monitoring Service there were in June more than 100 intense and long-lived wildfires raging in areas north of the Arctic Circle. North Siberia and Alaska were worst hit. In June alone, these fires emitted 50 megatonnes of carbon dioxide into the atmosphere, which is equivalent to Sweden’s total annual emissions, the monitoring service says. That is more than was released by Arctic fires in the same month between 2010 and 2018 combined. 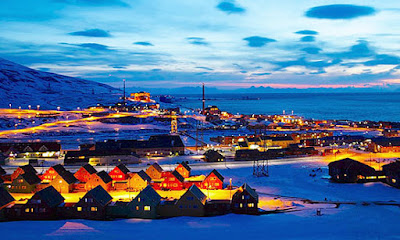 We're used to hearing that the Canadian Arctic is already 4 degrees Celsius warmer due to climate change. That's nothing compared to the northern Norwegian settlement of Svalbard.


Since 1971 Svalbard has experienced a winter warming of 7ºC. And worse will it be, states the new “Climate in Svalbard 2100” report presented in Longyearbyen on Monday.

People in Longyearbyen have first hand knowledge on what it means to live the what likely is the world’s fastest warming town.

Houses are sagging as the ground underneath is melting. Stable permafrost is long gone for the 2,200 inhabitants up here at the world’s northernmost permanent settlement,1,300 kilometers beyond the Arctic Circle.

A study by the Norwegian government concludes Svalbard may receive 10 C of warming by the end of the century.

Ellen Hambro, Director of the Environmental Agency, uses strong words when describing the conclusions in the report.

“It is rare that I use words like this, but what happens on Svalbard is extreme. The temperature rises faster here in the Arctic than anywhere else in the world, and climate change has already had major consequences for nature, animals and the community on the island group,” Hambro says in an article posted on the agency’s portal.

Remember those seed banks and other repositories that were sunk into the permafrost the keep precious stuff in perpetuity? What's going to happen to them?

From what I read they had to rebuild the facility due to flood damage.

Is he number two?

(thinking of the Four Horsemen)