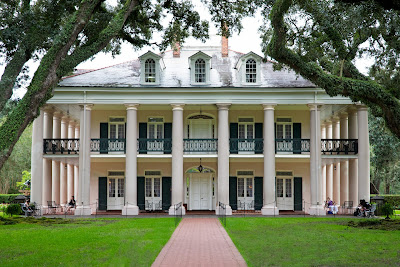 It was an odd op-ed to find in the pages of ordinarily bland Time Magazine: "Republicans Want a White Republic. They'll Destroy America to Get It."

The GOP’s membership is nearly 90 percent white and can only envision carnage and extinction as it looks upon a rights-based, religious, racial and ideologically diverse America. Or, as Lindsey Graham had noted as early as 2012, “We’re not generating enough angry white guys to stay in business for the long term.”

In short, the United States of America is not really their America. They yearn for a white republic. That’s why they are fighting to recreate the days when, as Archie Bunker sang, “Guys like us, we had it made.” That’s why they’ve willingly gone along with and participated in a sustained attack on the country itself, allowing it to grow weaker so that they could feel stronger.

Already, Trump and the Republicans have severely harmed the institutional heft of checks-and-balances. But they’re not done. America’s international reputation and influence rest on enormous economic and military strength, as well as the intangible but all-important “soft power” brought on by a robust democracy. All three pillars are necessary to sustain America’s nearly global respect and position, yet — and this was the rub — all three are increasingly dependent on more than just whites in the United States to build and sustain. For white America to exist, America must die. And the Republicans have made their choice.

...The dismantling of a robust, multiracial democracy requires not only acts of commission, such as the 5-4 Shelby County v. Holder decision by the conservatives on the Supreme Court to gut the Voting Rights Act, but sins of omission as well. Mitch McConnell’s flat-out refusal to even engage legislation that would protect the nation’s electoral infrastructure from hacking and foreign interference, despite solid evidence that it occurred in 2016, sends a clear signal that for his ilk this is not an American democracy worth protecting or saving.

Amerika, the Plantation Nation, where whites will again rule and the last, already shredded vestiges of democracy are finally laid to rest.

This reminds me of the dislike or call it what it is "hate" of people by others everywhere. For example July 17, a Newfoundland newspaper called "The Telegram" published a letter to the editor from Mr. Gord Cowan of Medicine Hat, Alberta, titled, "An N.L., vote for the Federal Liberals is a betrayal of Alberta." Mr. Cowan was very upset at Newfoundlanders for voting the Federal Liberals in 2015 and gave Newfoundlanders a warning if Newfoundlanders be so bold as to do so again Newfoundlanders would require passports to enter Alberta if the Liberals win another term as Alberta would separate from Canada. Justin Dunphy of Calgary has replied to Mr Gord Cowan in today's "Medicine Hat News" paper with a well thought out reply to this unpleasant and offensive person. It stands, since the Conservatives have been "reinstalled" as the Government directed by Jason Kenney, it is now acceptable to publish ones hate. But what is more unacceptable is the fact that Newfoundlanders have been singled out as having voted Liberal with a population of 525,355 thousand people. This kind of hate can't happen here in Canada you say? Well, it can happen here and it seems to be at the delight of an Albertan. Anyong

"Plantation Nation" That says it. The ugly side of the South has infected the whole country.


We remember, Anyong, where this sort of viciousness would be broadly repudiated but no more. Tories, like their Repug brethren, either discount it or simply stand mute.

Not the whole country, Toby, but a significant part of it. This quest for a 'white restoration' is why the radical right, today's Republicans, are undermining the Constitution and Bill of Rights. It, like the Charter in Canada, stands as a hurdle these forces must sweep aside.

How can this end peacefully? I don't see it.

As Dwight Eisenhower said, Mound, "Neither a wise man nor a brave man lies down on the tracks of history to wait for the train of the future to run over him."

And all those bible thumpers thinking Christ was white. Anyong

Truth matters True history matters facts matter. While you are eloquent woke commentators with your liberal arts degrees. Maybe you should have taken a real history class, here and there. To give you some true facts in life. There is a real Plantation Nation going on now. It is a political class that does not want you to be free thinkers and have you question anything, other than what they feed you in sound bites. They know you will not research to find the truth. Even though it is quite easy to do with your internet prowess. History matters because true growth comes from learning from our mistakes. Here are just a few easily found facts you have been lied to about.

I can't imagine you're over 60, Anon. You don't understand the great switch of polarity in American party politics engineered by Richard Nixon when he realized that redneck, southern Democrats were fed up with Kennedy's and Johnson's civil rights campaigns. With that the "Party of Lincoln" went for the rednecks. You're right, history matters. Try it some time.

No I am not over 60 and while you have know put down your eloquence by resorting to name calling other americans. I am not a redneck in fact I am from California 3rd generation and in my 20s moved to NYC. While you may want to say The Party of Lincoln went for the Rednecks you would be inaccurate. I was part of my generations woke group. I also did not post as ANON must have been the moderator. Why you ask cause I do not fit into the box you all want to label people with. All that has happened with the labeling of people as Victims of some sort or another is taken away there hope and drive and belief. They have been used and told they are victims instead of being taught that anyone can succeed, if they so choose. It is the party of slavery that has once again enslaved this time in a different fashion but for the same purpose to keep their power. I am a perfect example of that. While it is important and in fact police reform is required not all cops are bad and without police we will have chaos and quite honestly the destruction of the country. Oh but that is the plan is it not. That has always worked out so well in history for other places.

Tell me how many of these countries are still communist and how many had famines MOST!
and some no longer exist in the same form at all.
Communism is established by force or otherwise in Estonia, Latvia, Lithuania, Yugoslavia, Poland, North Korea, Albania, Bulgaria, Romania, Czechoslovakia, East Germany, Hungary, China, Tibet, North Vietnam, Guinea, Cuba, Yemen, Kenya, Sudan, Congo, Burma, Angola, Benin, Cape Verde, Laos, Kampuchea, Madagascar, Mozambique, South Vietnam, Somalia, Seychelles, Afghanistan, Grenada, Nicaragua and others.