Whatever Happened To - Lindsey Graham? 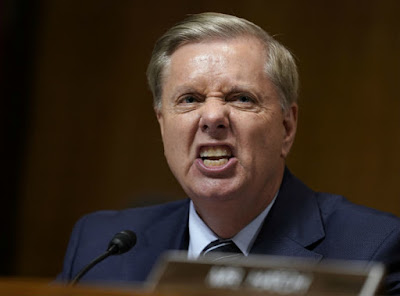 According to Bill Maher, Lindsey Graham lost his spine when his boyfriend, John McCain, died. Up till then, Graham was a reliable critic of his president, Donald J. Trump. But, when McCain died, there was a radical transformation in the Senator from South Carolina.

The New Republic has assembled a list of Graham's remarks about Trump. See if you can tell where McCain died. 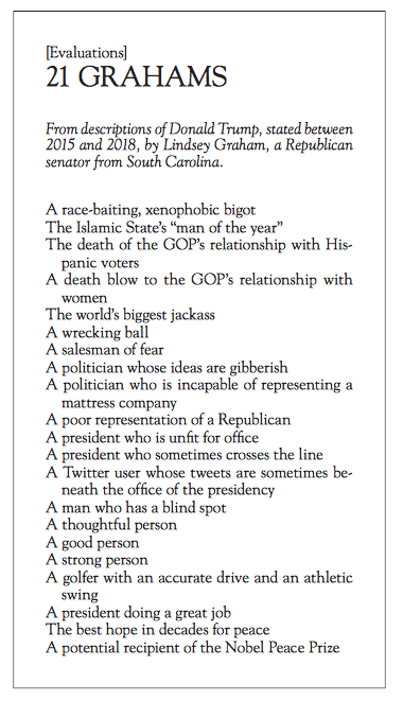 Good one. Someone topped up his personal coffers at "A man who has a blind spot". That was thoughtful.

I still get a kick out of Americans slurring his surname to Grem. The cracker people at least call their product Grey-'em.

When Trump is dumped, just how many supporters will quickly change allegiances and proclaim; I was duped?
I suspect many will; such is the power of wishing to be on the winning, not righteous, side.

Lindsey is an embarrassment to most Grahams, except maybe the Billys who were and are complete embarrassments to all wannabe Christians. Their evangelicalism is over the top nonsense. How they can attract any rational human being to support their hyperbole is beyond me. RG