Did Bombardier Throw the Baby Out With the Bath Water? 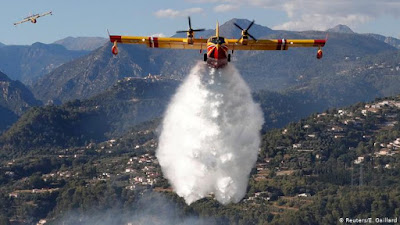 Two legendary names in the history of Canadian aviation - de Havilland Canada and Canadair.  Between them the two powerhouses put out so many great aircraft.

de Havilland developed what is still today's preferred floatplane on the BC coast - the Beaver, the DHC-2. It was followed by the larger Otter and then the now legendary Twin Otter.

Canadair, hatched in 1944, produced a line of military aircraft including the Canso, the CF-86 Sabre, the CF-104 Starfighter, and civilian aircraft such as the successful Challenger business jet.

Eventually both were swallowed up by Bombardier in the late 80s. Then Bombardier fell on hard times and started flogging off its aviation assets. The Regional Jet was picked up by Mitsubishi. After being bludgeoned by Boeing, Airbus stepped in to rescue the C-Series jetliners. Almost unnoticed was the sale of the de Havilland line to Viking Air, located at the Victoria airport.

Viking now owns the rights to those awesome de Havilland aircraft, everything from the Beaver through to the Buffalo. In the mix it also has the rights to what is now the world's pre-eminent water bomber, the CL 215/415.

Viking is concentrating on servicing and production of the Twin Otter. The water bomber? Well there's only so much a relatively small company without a suitable factory can handle.  Which, as it turns out, is too bad.

For those who might not have noticed, wild fires are sweeping the world. Wild fires are rarely within reach of water mains and roads, the sort of infrastructure so helpful to fighting fires. That's where water bombers come in so handy.

Word today that several European Union countries have decided to pool their resources to fight the wild fires that are plaguing their region, Europe. And just what are they pooling? You guessed it, their fleet of Canadair water bombers.


Seven fire-fighting planes and six helicopters – they are the first aircraft in the new "rescEU" fleet — allocated by the five EU member states Spain, Italy, France, Sweden, Croatia. They are also available to other European countries and adjoining states, which can request to use the planes in an emergency to fight forest fires. Spain has assigned two Canadairs, some of the biggest and most effective fire-fighting aircraft. They have a capacity of more than 6,000 liters, and can refill their tanks in just 10 seconds.

The Canadairs are stationed at the military airbase of Torrejon near Madrid, awaiting their next deployment. On either side of the runway the grass is scorched and yellow. The weather forecast is for temperatures of up to 40 degrees Celsius in the shade – ideal conditions for forest fires.

The Spanish air force has had a lot of experience dealing with them. Last year, its pilots flew more than 200 missions with the Canadairs. Spain has a total of 260 fire-fighting aircraft, both large and small. Now, other, less well-equipped countries will be able to benefit from this expertise more quickly and efficiently.

...To ensure that countries participating in rescEU don't suffer shortages as a result, the EU Commission is financing additional equipment. It will contribute up to 90% of the acquisition and maintenance costs for new helicopters and planes. The EU will also cover 75% of transport and deployment costs.

In the coming year, the Commission wants member states to present detailed purchase plans. The funds will come out of the EU budget; 136 million euros per year have been allocated for this until 2020. After that, the EU Commission wants the sum to be increased, to 200 million per year. One Canadair plane costs between 30 and 40 million euros.

Maybe, since the federal government is awash in billions of dollars to build pipelines, they might want to give Viking or some other suitable Canadian company the support they need to get the CL-415 line back up and running.

Ottawa is doing so much to create the conditions that are causing these wild fires, shouldn't we be making a few bucks on  the deal? If not, how long will it be before the next Mitsubishi or Airbus turns up at Viking's hangar in Victoria?

My thought process for is that they don't/wouldn't think Viking isn't in an important enough riding. Why waste money if it wont get you re-elected? The Public Good? The Future?

Maybe my cynic's eye is looking back at history with rose-coloured glasses, but I vaguely remember that, while the politicians were arrogant shitheads, they did often get together to do shit for the common good.


I wish I could argue against that conclusion, Stu. I really can't.