"Dysfunctional ...Unpredictable ...Clumsy and Inept" - And Don't Count on Improvement 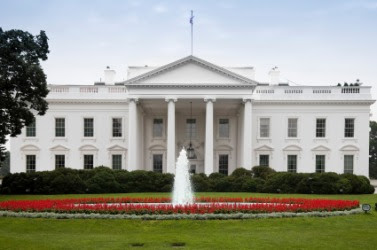 A leaked British diplomatic cable from the UK ambassador to the US sums up the Trump White House as a dumpster fire that won't be put out anytime soon.

"We don't really believe this administration is going to become substantially more normal; less dysfunctional; less unpredictable; less faction riven; less diplomatically clumsy and inept," [ambassador Kim] Darroch wrote in one of a series of leaked documents covering the period from 2017 to the present.

The British government responded in a un-Trumplike manner. It didn't throw its ambassador under the bus. No, it did the Tammy Wynette thing, it stood by its man.


Britain's Foreign Office did not challenge the authenticity of the leaked documents. It called the leak "mischievous behaviour" and said the public expects diplomats to provide honest assessments of the politics in the countries where they are posted.

Justice Secretary David Gauke called the leak "disgraceful" but said Britain "should expect our ambassadors to tell the truth, as they see it."

The lights must have been burning late into the night in Washington embassies last night as diplomatic staff scurried around to make sure their own candid assessments were safely under lock and key. 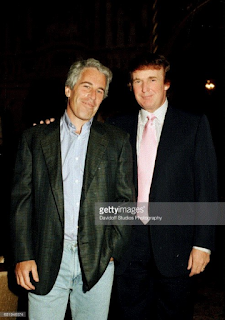 Meanwhile, Trump's short game won't be helped by word that the president's ex-play pal, Jeffrey Epstein, has been arrested on new juvenile sex trafficking charges. This time the charges weren't brought by the Miami office but by the Manhattan federal prosecutor's office, the Southern District of New York and it involves staff from the public corruption unit.

These events raise plenty of questions. Why the SDNY? Epstein's reputed sex ring operated in Florida and on his private Caribbean island. How did SDNY get the file? Was this one of the prosecutions farmed out to local justice department offices by Robert Mueller? Did he choose to get the file out of Florida? 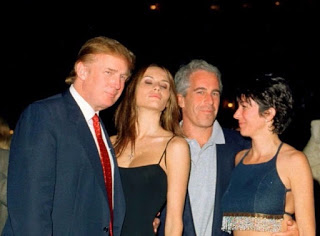 In a wry twist, one of the several prosecutors working for the SDNY is James Comey's daughter, Maurene Comey. There's not a chance she'll be allowed anywhere near this file, especially not with the political corruption aspect in play, but that won't stop Trump from calling the whole thing a witch hunt.
Posted by The Mound of Sound at 7:57 AM

BC should be thankful for The Donald's clumsy, inept diplomacy that blew up Canada-China relations. That threw a monkey wrench into Trudeau's free-trade initiative with China, which essentially consisted of shipping a trillion barrels of bitumen from deep-water ports across the BC coastline.

Even when The Donald is 'screwing up' he's winning!

.. most criminals presume they're smart.. even clever
.. most criminals don't get the full weight of The Justice Department obstructing justice.. or a loser like Acosta as a helpful malignant conspirator, or clientel like Prince Andrew, Ex President Clinton, Dershowitz, a future President Donald Trump..

Gee, ya think the Russians failed to spot this honey pot awaiting utilization ? Mueller and his crack crew couldn't have missed this. Epstein was & is a parasite. The public may never know the extent and starring roles of the clients. But the Vegas money is there are (or were) recordings, documents, names named.

My interest currently is the white Evangelical Christian base.. how they contort & wiggle in their pews.. Somehow, those odd people (among many many others) may have completely misunderstood the 'rules of engagement' re Trumpland ,and and Mueller's World

A - it was never a 'fair fight' .. perhaps Giuliani or Stephen Miller, or Mitch McConnell et al thought 'bluster would carry the day' ..
B - Mueller has a flawless backtrail.. of excellence, courage .. ethics, determination.. ie every attribute Donald Trump et al never had..

This validates how truth can be stranger than fiction..


What interests me, Sal, is the participation of the 'public corruption unit.' Are they targeting Acosta or Trump or both?

As for the Christian fundies, their favourite line seems to be that, sure Trump is a degenerate, but who are they to question the vessel that God chose to send them?

Mound your comment makes me sick....I hear that all the time hear...it just does...sorry. Anyong


It's not unusual for my comments to make others sick, Anyong. In what way if I may ask?

.. for your edification Mound ..
https://www.theatlantic.com/ideas/archive/2019/07/evangelical-christians-face-deepening-crisis/593353/

I did not read every word.. but believe I read 80% or so.. and think it deserves credit.. as I do prefer to comprehend peoples belief in an invisible friend upstairs.. and whatever that deity does or doesn't supervise

I read up as well re the underlying psychology or psychosis of 'partisan behaviour' - I see that as critical to comprehend or at least have an inkling of why someone would trust a Jason Kenney.. or a Sean Hannity

I have not read every single coherent analysis or appraisal re Trump as a failed human being either.. but I feel pretty informed.. and I have been following the Epstein travesty more or less from the beginning. The series of 3 from the Miami Herald was a blowaway of course.. My mind spun at the sheer audacity & perversity of those who can subvert 'Justice' to protect friends or 'shape Justice' to suit their interests.

Greed & Ignorance seem key drivers to all these issues. Stupidity is another. Organized religion currently appears to embrace & promote all the failings of incoherence, mistrust, and wrap itself into politics.. A classic example to me is Arthur Hamilton.. the Harper crony & enabler who despite being a lawyer.. (you know, dedicated to serving Justice) is a truly despicable man. Acosta seems cut from the same cloth.. no better, no worse

I follow similar examples in 'Politics' .. stunned at the use of gerrymandering, vote moving, live & robo election fraud, propaganda, polls, op eds. Same with sold out Mainstream Media.. wrapped like some twisted cult religion into Politics.. as if that's their raison d'etre

And what do we see now ! The rise of white supremacy, racism, nazis, fascists.. and they seem to be hitching or sharing an Uber ride with hoary old political parties, factional religion, and shrieking 'freedom of speech.. We hardly hear a mention of that old bugaboo 'organized crime'..some 'fine people' there' as Trump would say

Trump is on one side. On the other: the corporate media, the military industrial complex, billionaire oligarchs and former neocon and neoliberal presidents: Obama, Bush Jr., Clinton, Bush Sr., Reagan, Carter, Nixon, LBJ, and JFK. Together as one smiling for the selfie.

Let the reader decide which side is the deplorable degeneracy. (One side has gone all-in on this bet. Therefore it must be one way or the other.)

Same with left-wing fundamentalists. As gentle as serpents and as clever as doves. They also vote and act as they are told.

The world is a ball of confusion. A world at war. Satan fighting Satan just before the end comes. Is it foolish to believe or foolish not too?

Anon, what is foolish is to argue that Trump is not on the side of the military-industrial complex or the billionaire class. You need to educate yourself on military spending since Trump took office and who is the beneficiary of his largesse. As for the billionaires you need only look at the tax cuts for the rich that Trump and the Republican controlled Congress enacted. How do you think America's debt went from $20 to $22 trillion in the two years since Trump took office?

Trump is a shyster, a hustler. He makes the plebs feel good even as he gives it to them up the arse.

I like Trump's military spending better than Obama's and Bush's. They made the MIC rich waging war across the Middle East. Trump is investing in an arms race to keep up with the Russians and Chinese, investing in space exploration and unwinding the wars Bush and Obama got the US into.

Tariff Man is removing the whopping structure deficit the US has with other countries. That's a trillion dollars in GDP lost every year and a trillion dollars gained in debt. He stopping the flow of jobs and wealth out of the country. So he's turning the country around back into surplus. Unlike Obama who made the economy miserable and added $10T of debt to the country for nothing.

I support Eisenhower levels of taxation for the rich. But in a democracy the case has to be made for it. The revolutionaries on the left only discredit the case for more sensible taxation. They don't know what they're talking about and want a unicorn on top.

It took Tommy Douglas 20 years to bring universal health care to Canada. Try telling that to a leftist. They think all they have to do is scream at the sky and they'll get their way. It's not the way democracy works.

Well Mound...It is a sad state of affairs. Anyong.

Webroot is a security software which is universally famous for giving best quality protection services. At Webroot Support Number , you will get 24/7 assistance by qualified technicians.