They're Calling It the "Lolita Express" 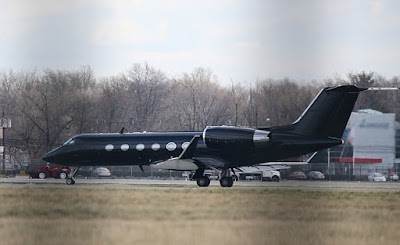 That's the new name for billionaire, registered sex offender Jeffrey Epstein's private plane and federal investigators want a word for anyone who went along for a ride.

U.S. prosecutors on Monday encouraged anyone with information about Epstein’s conduct to come forward, not just potential victims. To the socialites, celebrities and politicians who attended lavish parties at Epstein’s homes in Manhattan or Palm Beach in the early 2000s -- or hitched rides on his private jet nicknamed the “Lolita Express” by the tabloids -- the request carried a clear message: Come talk to us before we seek you out.

“You would much rather be visiting the Department of Justice and engaging a conversation about what you saw rather than making the DoJ find you,” said Jacob Frenkel, a former federal prosecutor now at Dickinson-Wright. “There’s a much greater potential for influencing the parameters of an interview and the scope of cooperation by going in voluntarily than becoming a compulsory guest” of the government, he said.

This scandal is about as salacious as they come. Pretty much everybody who partied with Epstein is now tainted - Bill Clinton, Randy Andy, Alan Dershowitz, even Donald Trump.

As for the Lolita Express it is reported that Epstein's Gulfstream might have been co-piloted by one Nadia Marcinkova.


In an 2007 article in New York Magazine, Philip Weiss writes that Epstein had brought 14 year old Nada Marcinkova to Palm Beach from the Balkans to be his “sex slave”. In the article, the reporter states that Marcinkova became part of the Epstein household and over the course of a decade eventually started participating in the sexual abuse of underage girls.

Nadia holds FAA licenses as a single and multi engine, instrument-rated pilot and ground and flight instructor. She has told us and we know – because her lovely face adorns every channel of the many she maintains – that she was a fashion model herself. Runway to runway, she likes to say. Nadia is also posed somewhat provocatively and
certainly when she was much younger, as one of her company’s deal attendants.

Here's a photo of a Gulfstream similar to Epstein's Lolita Express. 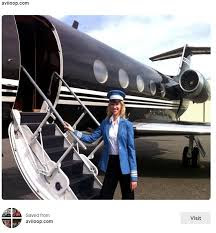 Watch for the plea deal, Einstein's plutocrats clients don't want their names outed at a trial. Rumour is that Epstein’s lawyer has made a proffer - Epstein will agree to cooperate with the investigation, including giving up the names of individuals that paid for activities with underage girls in exchange for a maximum sentence of 5 years.

See what's being done there? There's no way guys like Bill Clinton, Randy Andy and Donald Trump paid for girls. They were Epstein's guests and the girls just happened to be available at his parties. No need for the public to know who raped the girls. And rape is the right term for this, since minors can't consent to sex with randy old goats. Watch the media avoid the word rape like the plague.

Also, how would you ever tell the difference between one of Epstein's hedgefund investors and someone paying to rape girls?

.. currently seeking an effective analogy.. re the phenomena of 'small dick thinking'

I understand.. or can clearly see what the Epstein travesty means to Donald Trump. The very basis of Trump's doddering life long narcissism aaround 'beautiful women' sadly was based on his born to - elevated status, wealth, notoriety. His diseased backtrail is interwoven with Epstein, Acosta as well.. many others.. all exulting in their exalted status, wealth, unassailable status.. Hell, 'lets own a modeling agency' .. 'let's own a beauty pageant!'

'Money for nothing and the chicks for free' and down the road they go.. rub n tug.. juvenile maidens.. what a rush.. The Lolita Express.. Chapters operating in New York, Florida, New Mexico, Paris.. It was the 'evolution' of the Frat Party.. The old boys whorehouse nirvana..

The Palm Springs police had this guy Epstein.. and the old boys came wailing in to save his ass.. and theirs.. The FBI should have had this guy's property seized, searched.. Tell me he was not transporting juveniles across State lines ? And that aside from the obvious criminal actions.. yes yes, Acosta is screwed.. so sad, under the bus is us dude. Trump is distancing himself.. duh.. Sara Huckabee Sanders to the rescue (she's an essential toilet plunger & cleaner upper handmaid)

The 'swamp' aint draining.. its just being revealed !! American's should thank Trump for revealing how completely limp, fatuous, flaccid, gutless & diseased the 'upper crust' of the USA really is.. hell, he's the current 'leader of the pack' .. They might as well have elected Jeffrey Epstein.. because that's essentially what they got in Trump.. a diseased dick with two legs & an anus

Trump.. a diseased dick with two legs & an anus

Sal, what an apt description of Trump- Stormy also describes his dick as an odd mushroom shaped small thing- certainly diseased- you're right too, America may as well have elected Epstein- he and trump are essentially the same person.

I'm sure this fits the article at some point!

Few Months ago i went for a check up in the hospital, the doctor took my blood for test and told me to come after 3 days for the results, after 3 days passed i went back to the hospital for the results,and it was then the doctor told me that i was diagnosed with HIV virus.
On that very day i was left with no happiness and everything in life became meaningless to me, i began to think on how i could get rid of this virus from my body, i decided to go on internet and do some research, while i was surfing the internet i came across some good testimonials on how Dr Idahosa has been using his herbal medicine to treat and save different patients from various diseases and infections, i also saw someone who was commenting on how she was cured from HIV with the medicine.
To me i never believed in them, that was the first time to come across something like that, i just decided to try it out if it did really worked!
They gave the contact details of Dr Idahosa and i copied his email and later that night i sent him a message concerning my health.
He later gave me a response and then we talked about the medicine and he said to me he was going to send the medicine to my home address and that he needed my address of where i reside.
I sent him all he requested for in other to get the medicine ready for me, and after 3 days i received a mail from the Post Office and to my surprised it was the herbal medicine from Dr Idahosa.
He explained to me on how i was to take the medicine, he said i was to take 2 times daily for 14 days, i followed exactly as i was told, before he sent me the medicine he said that i should go for check up after finish drinking the medicine, so after i finished the medicine i went back to the hospital for check up and to my greatest surprise again i was told that i am negative, i know someone would not believed this, but it did happened to a brother like me, i have always dreamed of living in good health again, thank god everything went well for me and thank god for Dr Idahosa Miracle Healing Medicine, you can reach Dr Idahosa at { dridahosasolutioncenter@gmail.com } or call his whatssap on +2348134261542, friends this man has a cure to all human disease, do not believe in medical drugs, let try some Natural Remedy.
Forever remain grateful Doc....