Hoist On His Own Climate Petard 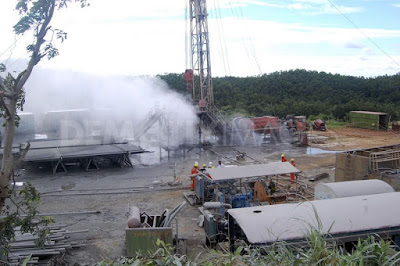 If I was a Liberal I would have been upset, if not furious, when Justin Trudeau, taking a page out of Christy Clark's playbook, claimed that Canada should receive credit for selling liquid natural gas to Asia.  Trudeau's thinking, like that of BC's thoroughly discredited Liberal premier, is that every tanker load of LNG represents its caloric content in coal that China won't be burning.

What's wrong with that? Plenty. It ties you to your fossil fuel exports right up to the point they're used. If they result in lower emissions by the end user, you, as exporter, should get credit for that. After all, haven't you done a wonderful thing for the world?

But wait, there's more. LNG is dirtier than coal. That's right, it creates more greenhouse gas emissions than even coal. That's because of "fugitive emissions," methane that leaks out to the atmosphere at several points stretching all the way from the wellhead to the end user overseas.

Apparently Mr. Trudeau is in the dark about fugitive emissions, not sure why, but it has been documented for years. And that's ignoring completely the environmental and seismic havoc caused by fracking for natural gas. It even triggers earthquakes.

Just yesterday a new report came out from Global Energy Monitor. It found that, while we knew the gas leak problem and the role methane played as a greenhouse gas, we misjudged both by a country mile. Far more gas is being lost in the natural gas extraction and transportation chain and that escaped gas is far more damaging to the environment.


The report, released on Canada Day, says there are projects in development globally that by 2030 would increase natural gas supply to 806 million tonnes above what they are now.

Just over one-third of that development, 35 per cent, is in Canada. Only the United States, at 39 per cent, has more new natural gas exports in the works, the report says.

The good news for Liberals is that Andrew Scheer won't be calling them out on this. The Tories are backing Justin this time.

Yes, but they said exporting LNG will wipe out BC's debt and make us all rich, though.

Where is Jesus when h is needed.


Maybe he's tired of 'taking the wheel'whenever we screw up.