Now It's Britain That Needs a War of Independence 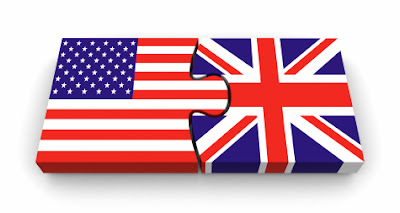 Between Boris Johnson and Nigel Farage it may be Britain that needs to slip the shackles of servitude to the United States. Surely the notion of Britain as an economically dependent colony of America must appeal enormously to a miscreant such as Donald Trump. Payback is a bitch.

It appears Johnson already has the votes to win the succession battle over his last rival, Jeremy Hunt. As such, Johnson stands to become Britain's next prime minister.

Johnson has pledged his fealty to Trump by turning on Britain's former ambassador to the US, Sir Kim Darroch, for which he has been widely rebuked by the opposition and some Tories. Labour foreign office critic, Liz McInnes, called it

"the most craven and despicable act of cowardice I have seen from any candidate for public office, let alone from someone running to be prime minister."

Johnson, born in New York, left the US at age 5. He renounced his American citizenship in 2006, ostensibly to escape US taxation but as consul to Trump he may wish to reinstate his former affiliation.

Meanwhile, the eminently creepy and hypocrite sans pareil, Nigel Farage continues to press for a hard Brexit and a strategic (i.e. lucrative) post for himself in the new American colony as Britain grovels for a trans-Atlantic trade lifeline.

Trump, meanwhile, is said to be busy looking at options for a new presidential headquarters in London. He's said to be leaning toward taking Buckingham Palace once it's been suitably updated with the TRUMP logo.

I just took a second look at the graphic above. What's that mushroom-shaped thing protruding into the Union Jack?
Posted by The Mound of Sound at 8:04 AM

Could be a puzzlement? Anyong

This is off topic but needs to be said...the Federal Government is proposing to call CPP a Benefit.https://www.theglobeandmail.com/.../article-what-cpp-reforms-mean-for-canadian-sen...