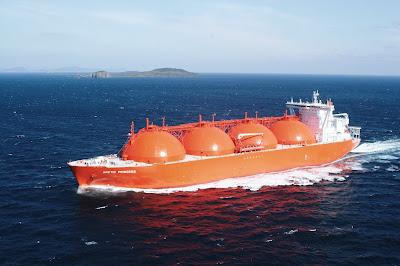 Today is, predictably, worse than yesterday. That is becoming the now customary reality as we steadily drift ever further from a stable, inhabitable planet. Don't worry, we've still got years left, anywhere from five to fifty depending on your expert of choice. However, as we get ever more removed from a stable climate, research, analysis and even news reports are coming in faster and faster - to be expected.

My sense is that we're past being alarmed about these things. We're becoming inured to them as we are with so many other things. To me it has hints of Andean fatalism but you may see it differently.

So, what's on today's roundup?

They've run the numbers and Europe's recent record heatwave is said to have been five times more likely thanks to climate change. That's an awkward phrase but there's no other way to put it. Sort of how once-a-century weather catastrophes have now shifted to an every three, five or ten year cycle, mainly due to climate change.

We all know about the vanishing Arctic sea ice and the retreat of Greenland's ice sheet. At the other pole, a new report finds Antarctic sea ice has declined "precipitously" since 2014 and may drive even more global warming.

Mankind, being the greedy little bastards that we are, is ripping up the Amazon rain forest to clear land for livestock grazing.

In the world's northernmost town, Norway's Longyearbyen, temperatures have risen 4 degrees Celsius. That's more than any other community on Earth. 4C. It's causing all sorts of havoc for the residents. Best not tell them there's worse to come.

In California they've got a special on mussels. They're pre-cooked, thanks to a heatwave.

If you're down Texas way, you had better be on your best behaviour. A majority of the state's prisons have no air-conditioning and its becoming pretty ugly for the inmates. Sucks to be you, hombre.

Closer to home, our southern resident orcas are missing from their home waters, the Salish Sea. Fingers are being pointed - yet again - at the dwindling numbers of their essential prey, salmon. Is there anything the Department of Fisheries and Oceans cannot and will not fuck up? Thanks, Ottawa, thanks so much. I suppose if the orca have been driven off that's great news for Justin's pipeline.

Up in Alaska, meanwhile, Trump's EPA is working to screw over America's largest wild salmon run.

Only a new report finds what earlier reports have found. Natural gas isn't cleaner than coal.


The Global Energy Monitor says an international boom in liquefied natural gas exports is undermining global efforts to stop climate change and Canada is one of the industry's biggest players.

The report, released on Canada Day, says there are projects in development globally that by 2030 would increase natural gas supply to 806 million tonnes above what they are now.

Just over one-third of that development, 35 per cent, is in Canada. Only the United States, at 39 per cent, has more new natural gas exports in the works, the report says.

The report focuses on "fugitive emissions," methane leaked into the atmosphere at various points from the well head to the end user. We've known for years that these fugitive emissions make natural gas dirtier than coal. We didn't know the full story.


"New studies have shown there is significantly more fugitive gas than studies showed five years ago, and the gas is also a bigger contributor to climate change than was understood," said James Browning, one of the report's authors.

Now I don't agree with some of the "piling on" criticism Justin has endured recently. Plastic forks on a table? Please. However this guy is screwing up and, just because he looks good standing along side Andrew Scheer, doesn't mean that he deserves to be prime minister. No, for so many reasons, he doesn't.

CBC was ever nauseating yesterday with its loaded questions to the public as to our greatness. Anyong

and who else can take his place?....please! Oh yes...Putin he'll do. Anyong

Coal mines emit methane like crazy too. That's the most common reason they blow up now and then. Merely google "methane emissions from coal mines" and you have some decent reading arrayed before you. Nova Scotia mines are notorious for methane. We've offed a few hundred miners over the years, the last at WestRay in '92.

You say, "We've known for years that these fugitive emissions make natural gas dirtier than coal." Have we now. Is that methane fugitive leaking from pure natural gas sources and subsequent transportation (and equivalent CO2 footprint) worse than from coal-burning plus its mining? That's what I'd like to know for sure.

I downloaded the report and it says yes, but provides not much back-up other than assertion and an estimate. Whereas reading some of the references google turns up about coal-mines are concerning, let alone what happens when you burn coal and spew not only CO2, but nitrogen oxides, sulphur dioxide, other crap and a happy unhealthy helping of heavy metals downwind from the stacks. That stuff isn't present in methane. Nor are pollution controls all that effective at the low pressure heads involved, except for the very latest thermal plants, of which only four exist in the world so far.

Japan, having discovered loads of methane just offshore, is happily wasting energy stripping off the single carbon atom from the molecule to make hydrogen for fuel cells. Toyota thinks it a great idea for some completely unknown reason that avoids reality.

What is indubitably clear is that fracking is about the same as shooting ourselves in the foot, and BC is currently gung-ho to give its north east landmass a giant enema. All fracking should stop at once, and considering the Green Party is propping up Horgan, the BC situation is bizarre.

Fossil fuels, what a mess. They're all bad at this point, so rearranging the proverbial deck chairs and arguing which one is more comfortable misses the point. The ship is sinking by the head, and fast. And the band played on.

BM, there's an element of not-in-my-backyard in BC politics. There is no way that fracking would be allowed in the Lower Mainland but the North East part of the Province is out of sight for most British Columbians. A dam and electric generation on the Fraser River at Hell's Gate (in the Fraser Canyon) would avoid the massive line loss of more remote locations but Vancouverites wouldn't stand for it; hence Peace River Site C. Etc.


I'd never heard of the coal mine/methane situation, BM. I knew that such mines had gas issues (i.e. the canary) and that coal dust can be a powerful explosive but bleeding methane is new to me.

Oh well, pretty soon the tundra and seabed clathrates will be disgorging methane in volumes that will eclipse the man-made stuff. That is THE tipping point of all tipping points.