Another Glimpse Into For-Profit Health Care 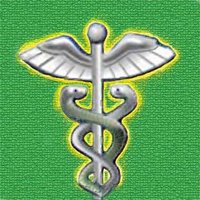 America's health care model is viewed enviously by those on the right here in Canada. That's why it can be helpful to have a reality check every now and then at just how well the system actually works in the United States. Today's LA Times reports on how American health insurers turn their backs on all but the fittest:

"Insurers have wide latitude to choose among applicants for individual coverage and set premiums based on medical conditions. Insurers say medical underwriting, as the selection process is known, is key to keeping premiums under control.

"'Our goal is to extend affordable coverage to as many people as we can,' said Cheryl Randolph, a spokeswoman for PacifiCare Health Systems Inc., a subsidiary of Minneapolis-based UnitedHealth Group Inc. 'But because of the medical underwriting, we do not accept everybody.'

"Consumer advocates see the practice as cherry-picking — a legal form of discrimination that is no longer tolerated in schools, public accommodations or workplaces — and a way to guarantee profits.

"'The idea is to avoid all risk,' said Bryan Liang, executive director of the Institute of Health Law Studies at California Western School of Law in San Diego.

"Jerry Flanagan, an advocate with the Foundation for Consumer and Taxpayer Rights, said it wouldn't take much to be left out of the private-insurance market. 'A minor asthma condition or a surgery 10 years ago that requires no further medical care is enough to get you blacklisted forever,' he said.

"As a result, some people forgo treatment so as not to tarnish their health records. Others withhold information from doctors or ask them to leave details out of their records. For those who are uninsurable, healthcare often is the chief reason they stay in or take a certain job.

"Claudine Swartz enjoyed running her own consulting business but had been rejected for individual insurance. After a scare over a benign cyst in her breast, the San Francisco resident closed her business and got a job with the University of California's health system, where she enjoys guaranteed coverage.The episode made her realize that without insurance, she would have been on the hook for catastrophic expenses if her diagnosis had been more serious.

"'I wasn't willing to take that risk,' said Swartz, 35. 'It's a real problem for people trying to be entrepreneurial and work on their own.'

"Uninsurable individuals pose a significant challenge for the state, which expects to spend more than $10 billion this year on people who lack adequate coverage."

Access to health care must be seen as a basic social need. Those who advocate a privatized health care regime or a mixed private/public model undermine that principle. Their arguments are intriguing until you take a look at the dark side of privatized medicine so readily on display south of the border.
Posted by The Mound of Sound at 10:51 AM