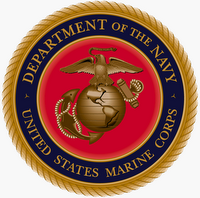 US Marine Corps Commandant, General James T. Conway, says what his force really needs in Iraq is more time instead of more soldiers. Conway, speaking to 2,500 troops gathered at Camp Fallujah said he's worried that US forces in Iraq are running out of time - with the American people.

Poll after poll and the November elections have shown a sizeable majority of Americans have had enough of the Iraq war. Who can blame them? One general after another has promised them victory in a performance worthy of encyclopedia salesmen. Only one general, only one, Shinseki has told the American government and people the truth and put his job on the line to do that. The rest have been a succession of sycophantic flunkies long on promises but very, very short on results.

Those of us who remember the Vietnam fiasco have seen this game played out before. It's not so much the "blame game" that the inmates of the Bush asylum like to chant about when they fall into their catatonic stupor. It's actually a game of "dodge the blame" where, one by one, the culprits try to make the blame they've earned stick to others. Now it's the American people who are going to get it.

The American people supported the wars they were asked to support even though those wars were often based on a tissue of deliberate lies and distortions. However, having obtained their consent - BY FRAUD - the White House and Pentagon leaders want to construe that as some sort of indefinite blank cheque to keep this shell game going until they can step aside and let someone else preside over the very failure they've already achieved.

If the American people aren't willing to be conned any more, blame them for America's defeat in Iraq. How perverse is that?

If the American people had been told the truth at the outset, they would deserve some blame for rejecting this war now. That, however, is not what happened. No, it's important that, this time, the blame remains with those who deserve it - a thoroughly dishonest and criminally negligent administration and a sycophantic general staff who put their careers above their duty to their soldiers and sat mute to allow this disaster to happen.
Posted by The Mound of Sound at 11:30 AM