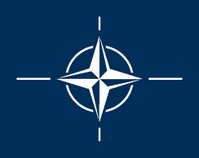 NATO forces, together with Afghan army units, are massing in the Panjwai district of Kandahar province for... well for what isn't exactly clear.

While the force was under the command of Canadian General David Fraser, the focus was mainly on combat missions against the Taliban. Fraser's Dutch replacement, Maj-Gen. Ton Van Loon, wants to put more effort into reconstruction and infrastructure projects.

“The main aim of Operation Baaz Tsuka is to work together with tribal elders and district leaders to provide vital assistance and targeted development directly to the people of Zahre and Panjwaii districts,” said Maj.-Gen. Ton Van Loon, head of Regional Command-South for the NATO-led International Security Assistance Force.

Tribal elders and district leaders were extensively consulted in the buildup to the operation, which was planned jointly by Afghan security forces and ISAF, Van Loon said.

A report in the Toronto Star quotes Canadian commander, Lt.-General Mike Gauthier, as saying the Canadian force will have to make do with its existing force which he said is undermanned for the task of controlling Kandahar province.
Posted by The Mound of Sound at 8:35 AM

If it isnt clear, let me clear it up, if its a major combat operation, then it will be an attemt at propaganda, expect big body count numbers, problem is, the taliban at this time of year are mostly in pakistan, lets not forget, who is really in charge of operations there, besides the front one for the tv...its the americans..