Time For Your Campaign Slogan Ideas.

Canada may have a general election within the next six months. The Libs are holding onto their lead in the polls. Stephen Harper's autocratic rule seems to have run its course but, even so, the outcome will be very close.

The Libs haven't been very effective with their campaigning lately. They just don't seem to get how to reach middle-Canada, that great majority within which the Liberal Party thrives.

Little Stevie has been very cautious not to show his true colours to the Canadian people but he's left enough of a trail that he can be vulnerable on it. Let's help the Liberal Party. Why not come up with campaign slogan ideas - free of charge - that the party can use in the next general election?

Starting today, I'll be posting ideas that come to me. Why not join in and post your own? 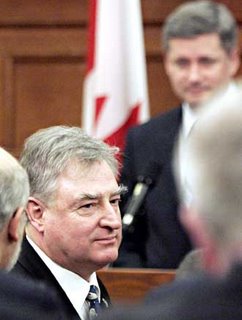 Let's have an elected cabinet

before we worry about

The Liberal Party: Now With 100% Less Chretien and Martin Feuding.