How Did Canada Enlist in America's "Permanent Warfare Legion"? 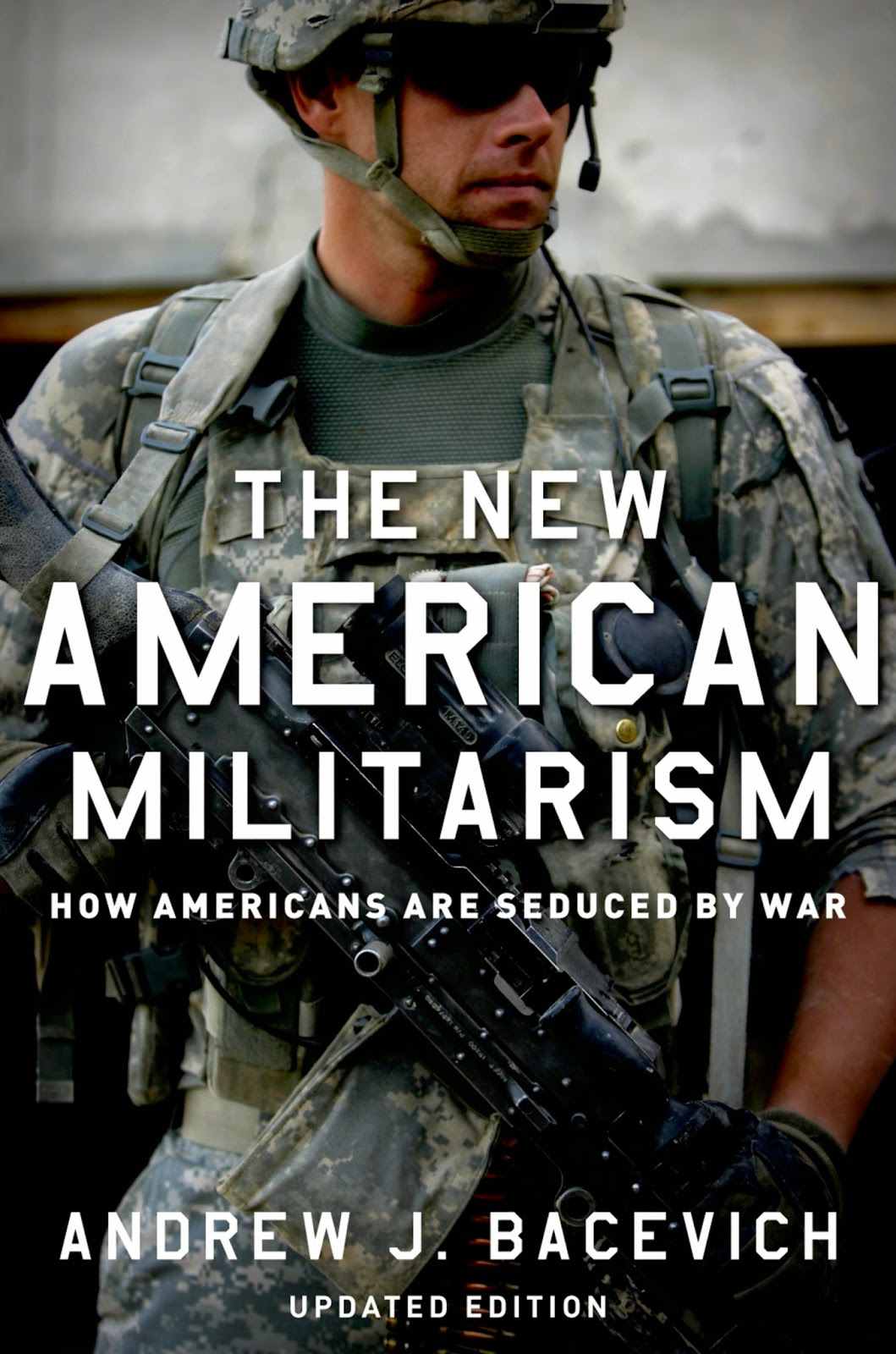 I recently came across an article asking the reader to recall the world pre-9/11.

September 11th, 2001 - the 21st century had just begun, the very beginning of the third millennia A.D.  Somehow everything changed on that horrible day. How many of us could have imagined that the terrorist attacks of 9/11 would so powerfully change the world, the way we lived, how we are governed?

Remember, "you're either with us or you're with the terrorists"?  George w. Bush and his supposed line in the sand.  No one stood up to him.  No one responded, "Says who?"  No, Americans were grievously upset, looking for enemies, spoiling for a fight, and so we fell dutifully in line.  It was no time to be challenging the global hegemon.

We jumped aboard the bus, heedless that the driver was pissed to the gills and, worse, in a rage.  How did we think that was likely to turn out?  Did we think that, having us aboard the bus, they would let us off at the next stop?  Hells bells, we're still riding that bus as it veers along the road from shoulder to shoulder.

The purpose of war is to get back to peace.  Without peace, war is kind of pointless - killing for the sake of killing.  Yet that's what we do now.  It's like playing "whack a mole" with humanity instead of wooden rodents.

Proof in point.  We fight wars now without knowing how to win them.  We go to war without objectives upon which we can forge peace.  It's our lack of clearly defined metrics that allows incompetent political and military leadership to keep this party going, forever. Killing becomes a "make work" job.

The Taliban, al Qaeda, ISIS, and other Arab names we can't be bothered to recognize or learn.  That's who we fight - for now.

What's in it for the Permanent Warfare State if we somehow came to our senses, devised a strategy and defeated these enemies?  What then?  Who next?

A cynic could be forgiven for assuming that we don't really set out to defeat Islamic extremism because, for now, they're the only game in town.  We know they need us to keep their recruits and financial support pouring in.  They're the home team fighting the Crusaders.  That's a powerful narrative in their corner of the world.

Just as the best thing that ever happened to al Qaeda was the American conquest of Iraq, some experts think ISIS beheaded those two American journalists because it desperately needed Crusader intervention to keep going.  And what kind of good sports would we be if we didn't accommodate them?

How is it we could defeat the Third Reich and its Axis in under seven years but we failed to defeat a bunch of farmboys with Korean War-vintage assault rifles in more than a dozen years.  We had all the state-of-the-art hardware; the strike fighters, the attack helicopters, the tanks and armoured fighting vehicles, the artillery, the aerial surveillance drones - everything. We even had them outnumbered.

We went into the Afghan war without a clear strategy to win and, a dozen years on, we still had no strategy to win.  We went in marching to victory and we left just hoping that the place wouldn't collapse before we evacuated. Yeah, that's what we did. We evacuated.  Our troops held quiet ceremonies in remembrance of comrades sacrificed to our folly and then we left.

Now we're off to rain death from above on ISIS.  We'll bomb them, that's what we'll do.  We'll bomb them because, for us, it's about the safest way to bring modern, high-tech violence into play.  The folks at home don't like friendly body counts.  Whether it works or not is beside the point.  That much is inarguable from the degree of success All the King's Horses and All the King's Men have achieved over the past decade-plus in Afghanistan and Iraq and elsewhere in the Muslim world.

Perhaps bombing is to modern warfare what the centuries old practice of bloodletting was to medicine - a placebo that was usually harmless in moderation but every now and then killed the patient.  We've become catatonic with our obsession over geopolitical humours and vapours.

Why does this matter?  It's all water under the bridge now anyway, isn't it?  Well no, it's not.  Not hardly.  In fact we're just getting started in what promises to be a century of revolt and violence.  The experts have a term for it, the "New War."  If there's one adjective for this type of war, it's "chaotic."

Surely if Afghanistan taught us anything it's that the heavy-firepower/low manpower Western way of warfare is not suitable to New War.  Even if we fail at it, we do pride ourselves on conducting warfare in accordance with lofty humanitarian rules and principles.  At the outset we expect to wage war, get stuck in, emerge victorious and get out before the Stanley Cup finals with time to spare.  That's how we wind up playing "whack-a-mole."  It's all we understand.

We consider ourselves above the brutality and treachery of New War in which loyalties can shift and rules (to the extent there are any) can change with the winds; where state and various non-state actors can ally and then turn on each other; where little is as it seems.

New War is not humane war, it's war of slaughter and atrocity.  It's war of intimidation and terror whether that be massacring prisoners by the hundreds or beheading journalists.

When the Romans fought the barbarians they discovered that the way to win over a village in mortal fear of the Goths was to be even more brutal with the villagers.  The Romans out-barbarianed the barbarians.

I do not suggest for a moment that we in the West adopt the Roman way of defeating what may seem to be little more than rabid dogs.  It is completely unacceptable that we should adopt New War tactics and worsen the suffering of the beleaguered and powerless who just happen to stand between us and our adversary.

What I do suggest is that we start picking our fights. There is nothing to be gained - for anyone - in fighting a war we're not prepared to win.  There is no reason to engage in hostilities unless we know, from the outset, that we're going to win and just how we'll go about it.

We failed in Afghanistan because the Talibs were able to control and administer territory and the people who lived there.  We patrolled the villages but we had an inadequate force incapable of securing them.  Ours was a garrison force of the sort that has been defeated in insurgencies from Algeria to Vietnam.

Here's the thing.  There is no end of bad guys out there and they've all got our number.  Yes we might intervene in their troubles - for a while - and we'll undoubtedly show up with enough high-tech everything to be seemingly invincible.  We are masters of the battlefield but they rule the backstreets and the alleys.

We're much better at bombing than bombing is at winning wars.  As a substitute for major ground combat, bombing often postpones critical outcomes.  In New War that can be rife with consequences.  Look what happened to Libya.

Washington could have cajoled Egypt's military to use its impressive arsenal of M-1A1 Abrams tanks and F-16 strike fighters to roll over the Libyan border and take out Gaddafi.  It would have been over in a week and the rebel command structure was in place to establish an interim government.

Instead, we delayed, for months.  It was long enough for what had been a pretty clean cut civil war to degrade into a New War into which al Qaeda in North Africa managed to insinuate itself fighting the rebels as much as it ever did the regime.  The Islamists even assassinated the rebel leader poised to become the Libyan leader in the post-Gaddafi era.

So, after Afghanistan and Iraq and Libya, why do we still insist on doing this? Why does Canada feel obliged to join the fight against ISIS if Saudi Arabia, Kuwait, and Egypt won't mobilize their ground forces to clean them out?  If the Arabs won't do the heavy lifting, why should the Crusaders do it for them?  It's not like we have a great track record with this sort of thing.

We need some rules, some guidelines to see Canada through this tumultuous century.  How about a rule that we not get into wars that we're not prepared to win?  How about reviving the Powell Doctrine?


The Powell Doctrine states that a list of questions all have to be answered affirmatively before military action is taken by the United States:

We just can't go through a succession of wars without end.  If we go to war it has to be a war that matters enough to warrant our exertions and resources to the exclusion of everything else.  Afghanistan was important but not that important that it should ever have tied down Western forces for more than a decade.

We must also be ever mindful of the Permanent Warfare State at our border. That old, military-industrial complex Eisenhower warned of?   It's become something else now, something much bigger and harder to control.  As Andrew Bacevich demonstrates in The New American Militarism, today it's become the military-industrial-neoconservative-Christian fundamentalist-for profit warfighting complex that has no intention of ever being stood down.  Just today Obama gave America's Afghan war another 10-year lease on life.

Sometimes you just gotta say no.

Your searing analysis should be read by all who are far too ready to sacrifice the lives of the young for very dubious gain, Mound. A clear-headed assessment as you suggest should indeed be mandatory before any democratic country can engage its people in war. I hope such issues will be addressed in the House should there indeed be a parliamentary vote.

The House, and particularly the opposition parties, showed how feckless they can be when Harper sought to extend the Kandahar gig. I even prepared a list of questions, somewhat along the lines of the Powell Doctrine, for Liberals to raise in the debate. Not one was asked, not one.

Everything is done today with an eye on the 2015 election. If the price is the sacrifice on Canadian lives on some new Quixotic adventure then it will pass muster with the opposition. As Kinsella relates, already the Liberals are turning this into election fodder for their contest with the NDP.

US President Barack Obama used powerful language when addressing the United Nations last week. He made it clear the US would use its might to dismantle ISIS. The British Parliament also voted in favour of airstrikes. And Prime Minister Stephen Harper says that Canada won't 'stand on the sidelines'.

• The Barbarians Within Our Gates -- Hisham Melhem/Politico
Hisham Melhem believes these world leaders are unlikely to restore order because he believes something fundamental is smashed. He believes Arab civilization has broken down. If this is the case, there isn't one iota we can do to stop ISIL or anything else that raises its ugly head. Muslims must stop blaming no matter if we have had a hand it in their plight or not, and take hold of and own their problems and rebuild what they once were. We will and cannot do it for them. It is a useless attempt to do so and it will only end with a stark naked, cranky, raw, pain ridden Canada. We are half that now from our previous attempts at "showing Muslims the way".