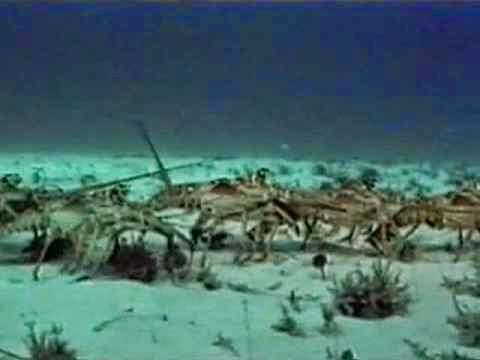 They're voting with their - oh, I don't know - legs, tails, claws?  However they're doing it, American lobster stocks are heading north, to Canada.

Lobster fishermen across southern regions of Connecticut and New York hauled in their traps this month in accordance with the second annual fall closure of their fisheries as state officials strive to sustain what little is left of their prized crustacean populations.

...But a few hundred miles north, the story is much different, as lobstermen off the shores of Maine and eastern Canada hve almost doubled production levels.

"Our largest LFA, or lobster fishing areas, the Canadian Maine Gulf and Bay of Fundy, have been persistently climbing over the last 10 to 15 years," said MichAel Tremblay, a biologist focused on crustaceans at the Bedford Institute of Oceanography in Halifax, Nova Scotia.

This report seems to mirror what we're seeing here on the West Coast.  Certain marine species are already migrating out of the south into Canadian waters with prey fish stocks seemingly drawing their predator species ever northward.

I did hear a record year was underway in our lobster waters.. Probably another sign of ecology in disarray