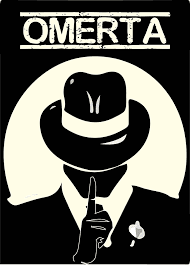 There were some who thought Omerta might just save the Trump gang. For a while it looked as though Paul Manafort's understudy, Rick Gates, would tough it out and refuse to cooperate with special counsel Robert Mueller's investigation into the Trump campaign's dealings with sketchy Russians.

Mueller turned up the heat this week with additional charges against Manafort and Gates, mainly for money-laundering. It worked. Gates cracked.

NBC News reports that former Trump campaign aide Gates has thrown himself on Mueller's mercy and will plead guilty. Which is decidedly bad news for Paul Manafort and probably very bad news for the Mango Mussolini to boot.

Mueller is ramping up the pressure on former Trump campaign manager, Manafort, who, at age 68, is facing what might well be a life-sentence behind bars.

As expected, Gates has pleaded guilty to two charges. No word on the disposition of the other charges he faces.