It Wasn't Just a Crazed Kid with an Assault Rifle At that Parkdale High School Yesterday. He had Company, America's "Bought and Paid For" Congress Were In That School At His Side.. 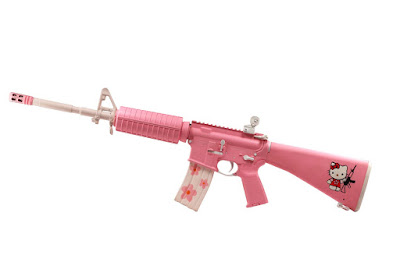 I watched Lawrence O'Donnell interview a father whose 15-year old daughter was at the Parkdale, Florida high school where 17 people, mainly students, were gunned down yesterday. The man's daughter had not been harmed but he was visibly upset by the event and what she had gone through as she and her classmates huddled to the sound of rapid gunfire.

O'Donnell asked the dad what he wished to say to America's senators and representatives. It was pretty blunt. "Stop taking the blood money." He wanted them to stop taking money from the gun lobby, especially the National Rifle Association.

Poll after poll have shown that the American people support gun control by a solid margin but the public will and the public interest cannot overcome the powerful combination of the gun lobby, particularly the NRA, and a "bought and paid for" Congress that wallows at the nadir of moral and ethical corruption.

Now that's not to say that Rubio hasn't done well from the NRA and yesterday, as his state ran red with the blood of his dead highschool constituents, Rubio fended off demands for gun control with the now standard, "it's too soon to be having this conversation."

It was just two weeks ago that The Economist released a survey of the world's true democracies. The United States didn't make the cut.

The US was downgraded from a "full democracy" to a "flawed democracy" in the same study last year, which cited the "low esteem in which US voters hold their government, elected representatives, and political parties."

The study has five criteria: Whether elections are free and fair ("electoral process and pluralism"), governments have checks and balances ("functioning of government"), and whether citizens are included in politics ("political participation"), support their government ("political culture"), and enjoy freedom of expression ("civil liberties").

Let's put it this way. The Economist reviewers obviously bent over backwards to give the U.S. even a "flawed democracy" rating.  "Free and fair elections." Really, are you kidding? Political participation?  No, no, no. The NRA politically participates. The Koch brothers politically participate. The people? Not a chance.
Political culture, popular support for the government? Trump's numbers are in the ditch. Public support for Congress is in the toilet. Did they even look at the rise of extremist, fringe politics in America?

America is not a democracy. It was founded as a republic, not a democracy. While it developed pretty strong democratic aspirations during the 20th century, Reagan and his successors collectively put that nonsense back in the box, in part by ushering in the age of neoliberalism. America is a plutocracy and the popular vote doesn't matter, not until those voters throw out their vile, corrupted government. And, until they do, rivers of blood will continue to roll down the hallways of their kids' schools.

N.B. That pink AR above? That's a little girl's toy. However - wait for it - you can also buy the real thing, a fully functional AR-15 in hot pink. God Bless Amerika.
Posted by The Mound of Sound at 9:42 AM

You can buy the same AR here, if you want.