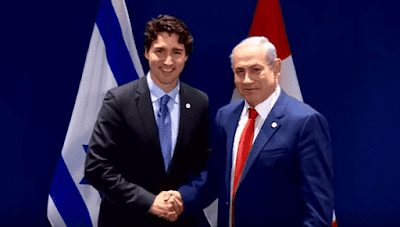 They took their sweet time about it. Israeli police have recommended that Benjamin Netanyahu be indicted on corruption and bribery charges.

Netanyahu angrily rejected the accusations, which included accepting nearly $300,000 US in gifts from a pair of billionaires. He accused police of being on a witch hunt, vowed to remain in office and even seek re-election.

"I will continue to lead the state of Israel responsibly and loyally as long as you, the citizens of Israel choose me to lead you," an ashen-faced Netanyahu said in a televised address. "I am sure that the truth will come to light. And I am sure that also in the next election that will take place on time I will win your trust again with God's help."
...

But with a cloud hanging over his head, he could soon find himself facing calls to step aside. During similar circumstances a decade ago, Netanyahu, as opposition leader, urged then-prime minister Ehud Olmert to resign during a police investigation, saying a leader "sunk up to his neck in interrogations" could not govern properly.
Posted by The Mound of Sound at 1:03 PM