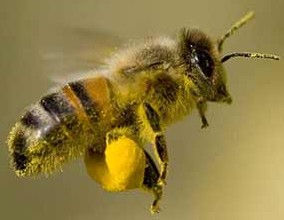 Recent years have seen lots of warnings about the die-off of bees around the world. What was killing these great pollinators? What was in store for us if we lost the humble bumble bee?

The Euros think they know and so they're about to ban a family of pesticides known as neonicotinoids. The most popular insecticide in the world, imidacloprid, is a neonicotinoid.


The world’s most widely used insecticides pose a serious danger to both honeybees and wild bees, according to a major new assessment from the European Union’s scientific risk assessors.

The conclusion, based on analysis of more than 1,500 studies, makes it highly likely that the neonicotinoid pesticides will be banned from all fields across the EU when nations vote on the issue next month.

The report from the European Food Safety Authority (Efsa), published on Wednesday, found that the risk to bees varied depending on the crop and exposure route, but that “for all the outdoor uses, there was at least one aspect of the assessment indicating a high risk.” Neonicotinoids, which are nerve agents, have been shown to cause a wide range of harm to bees, such as damaging memory and reducing queen numbers.

The Efsa assessment includes bumblebees and solitary bees for the first time. It also identified that high risk to bees comes not from neonicotinoid use on non-flowering crops such as wheat, but from wider contamination of the soil and water which leads to the pesticides appearing in wildflowers or succeeding crops. A recent study of honey samples revealed global contamination by neonicotinoids.
Posted by The Mound of Sound at 8:31 AM

Fixing this problem is more difficult than simply banning neonicotinoids. The history of corporate agriculture is that as soon as one chemical is banned (DDT for example) another is created to replace it. We simply, as a species, have to get back to living in harmony with nature rather than constantly determined to dominate it.


Unfortunately, Toby, what you suggest would mean abandoning the worst of modern industrial agriculture. That would probably entail a major cull of the human population. I'm pretty sure we would prefer to do that with WMDs.

Insecticides kill bees. Well, how could anyone have predicted that? Who knew bees were insects?!!

Next they'll be telling us butterflies and various other pollinators, not to mention dung beetles and a host of other useful critters, are insects too! But I'm sure they're all just fine.