Schiff Lifts the Carpet, Gives the Public a Glimpse of What Lies Beneath. 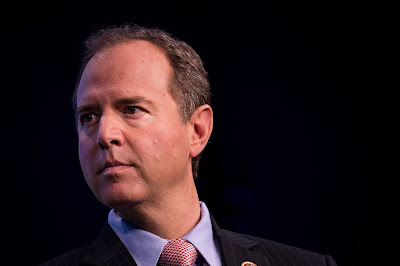 The ranking minority member on the House Intelligence Committee, Adam Schiff, says they've uncovered an abundance of evidence of collusion with the Russians and obstruction of justice involving Donald Trump.

Adam Schiff, the top Democrat on the House intelligence committee, said Wednesday that the panel had seen an “abundance” of evidence of collusion with Russia and obstruction by Donald Trump’s campaign and administration that is not yet public.

Speaking to reporters in Washington, Schiff said a lot of information was already in the public domain that pointed to extensive contacts between the Trump campaign team and the Kremlin, and later efforts by the Trump entourage to cover up those contacts. But Schiff said there was much more to come out.

Committee chairman, Devin Nunes, rushed to release a report that seemed aimed at undermining the FBI and the Mueller investigation. Trump didn't hesitate to authorize its release even over the objections of the FBI and national security agencies. The Democrats, including Schiff, ridiculed the Nunes report as cherry-picked and deliberately misleading. The Dems on the committee drafted a minority report, one that Trump has predictably buried.

Adam Schiff has to be one of the most soft-spoken, understated members of Congress I can recall. He's not given to hyperbole. If he's said there's an abundance of evidence against Trump within the House intelligence committee it's a safe bet that Robert Mueller and his team of A-list investigators are sitting on something very special indeed.

I doubt that Schiff's statement has made the mainstream media yet.