The NYT Asks: What Does Real Populism Look Like? 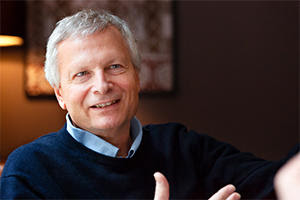 The term "populism" has been smothered in negative connotations lately as though it is the preserve of sketchy characters like Donald Trump or Victor Orban. Yet theirs is a perversion of true populism, a ploy to foment and harness public discontent for ulterior purposes.

Having spent some time over the past several years exploring progressivism I came to realize that progressivism, like nationalism, came in two essentially contradictory iterations, positive and negative.


The early history of American populism, culminating in the New Deal, suggests a more productive and less damaging kind of populism. When populism succeeds, it does so not by cosmetic gimmicks but by going after the roots of economic injustice directly.

At the 1896 Democratic National Convention, the 36-year-old former Nebraska congressman William Jennings Bryan delivered what became one of the most famous lines of American political oratory: “You shall not crucify mankind upon a cross of gold.” Bryan’s immediate target was the gold standard, an emblem of the globalization of his day, which he blamed for the economic difficulties of what he called the “toiling masses.” Bryan ran for president that year as the joint candidate of the Democratic Party and of the People’s Party, also known as the Populist Party.

The populist backlash unleashed by advanced stages of economic globalization should not have been a surprise, least of all to economists. The warning signs are right there in the basic economic theory we teach in the classroom. Yes, globalization expands economic opportunities: There are gains from trade. But globalization also entails stark distributional consequences, with some groups almost always left worse off. Factory closings, job displacement and offshoring are the flip side of the gains from trade.

William Jennings Bryan ultimately failed in his quest for the presidency, and the People’s Party imploded because of regional and ideological divisions. But many of the Populists’ economic ideas, such as the progressive income tax, regulations on big business and much greater government control of the economy, were absorbed by the progressive movement and became part of the political mainstream.

It wasn’t until 1933 that the Populists’ main plank, the end of the gold standard, was adopted. By then the United States was mired in the Great Depression, and Franklin D. Roosevelt had decided the economy needed the monetary boost that adherence to the gold standard precluded. Internationalists complained that Roosevelt acted unilaterally, but he had little patience with orthodox economic ideas or shackles — foreign or domestic — on his conduct of economic policy. At home, he had to fight conservative courts to put his New Deal reforms in place.

By his day’s standards, and perhaps also today’s, Roosevelt was an economic populist. But the New Deal reinvigorated the market economy and saved capitalism from itself. It may also have saved democracy, as it helped staved off the dangerous demagogues and chauvinist ideologues, of which there were plenty (such as Father Coughlin and Huey Long).

If our economic rules empower corporations and financial interests excessively, then the correct response is to rewrite those rules — at home as well as abroad. If trade agreements serve mainly to reshuffle income to capital and corporations, the answer is to rebalance them to make them friendlier to labor and society at large. If governments feel themselves powerless to institute the tax policies and regulations needed to address the dislocations caused by economic and technological shocks, the solution is not just to seek more national autonomy but also to deploy it toward such reforms.

A populism of this kind can seem like a frontal attack on the economic sacred cows of the day — just as earlier waves of American populism were. But it is an honest populism that stands a chance of achieving its stated objectives, without harming fundamental democratic norms of tolerance and equal citizenship.

*Dani Rodrik was featured on this blog in August, 2016, for a piece he wrote for the Financial Times discussing what he described as "the inescapable trilemma of the world economy."  He summed it up succinctly, "democracy, national sovereignty and global economic integration are mutually incompatible: we can combine any two of the three but never have all three simultaneously and in full.”
Posted by The Mound of Sound at 12:46 PM