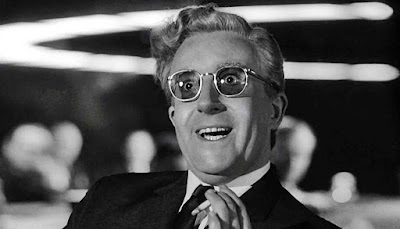 Diplomats strive to be invisible, but the once pick for US ambassador to South Korea turned out to be anything but invisible and that should have us all very worried.

Trump's pick, Victor Cha, has abruptly withdrawn himself from consideration. Here's why that matters.

One top U.S. official said embassy staff learned through news reports that their embassy would remain without a top envoy, raising concern that the critical strategic post will remain empty for the foreseeable future.

Now, as the U.S. and its allies look to ramp up pressure against Pyongyang while avoiding military conflict, the prolonged — and now indefinite — vacancy of the job of ambassador to Seoul is raising concern that any hope for a diplomatic solution to the standoff with North Korea is diminishing.
...

A senior White House official confirmed that Cha had withdrawn from consideration and wished him well, but said the policy disagreements have been mischaracterized in the media. The official did not elaborate.

Cha, a professor at Georgetown University, penned an editorial for The Washington Post, which first reported that he had withdrawn from consideration. In it, he said that with regard to confronting North Korea, "the answer is not, as some Trump administration officials have suggested, a preventive military strike."

"To be clear," Cha continued, "(t)he president would be putting at risk an American population the size of a medium-size U.S. city — Pittsburgh, say, or Cincinnati — on the assumption that a crazy and undeterrable dictator will be rationally cowed by a demonstration of U.S. kinetic power."

Did you get that? There's such a cabal within the White House clamoring for a preventive military "first strike" that he withdrew himself from nomination so that he could be free to warn the American people, via The Washington Post, of what is really going on within Trump's Oval Office. This makes Dr. Strangelove look a bit like Shirley Temple, only that was fiction, this is fact. Oh dear.

I'm surprised Trump even considered Cha. Although Cha's a Republican and something of a hawk on N Korea, he's also an expert on America's relations with the region. Looking at the balance of Trump's appointments, expertise seems to be a disqualifying feature. And Cha's withdrawal shows us why - most experts have low tolerance for ignorant blowhards telling them what to think.

I expect Cha's replacement will be someone along the lines of Dennis Rodman.

Anon: He also seems to be a loyal American in an administration where loyalty to the constitution is the kiss of death.

You're right, rumleyfips, Cha's shown himself to be a RINO. He fails to prioritize the demolition of government and theft of its assets.

A wise friend of mine feels the threat of nuclear devastation has replaced climate change in the hierarchy of existential threats to humankind.
I have to believe this is traditional saber-rattling. (It lets me sleep at night and I can't do squat in any case.) Cha may be part of the pageant. We're likely to get an Olympic respite in any case.

The USA has gone down the rabbit hole.


Imagine Cha's predicament. You've been picked to serve as a wartime ambassador to a battlefield country from an embassy that is situated in the very crosshairs of a devastating first retaliatory missile and artillery attack. And then these guys become obsessed with lighting the fuze, a pre-emptive first strike on North Korea. You're being set up as the ambassador to Ground Zero. I wonder how many others were vying for that job.

"Trump is leading us into nuclear war, says Daniel Ellsberg"

Read or listen to the interview with Daniel Ellsberg at CBC.

@ Toby; yes I heard the short version of the interview and it changed my attitude toward the problems of the day.

I must ask..
Does this mean I should sell my shares in Hyundai and Kia?

Shit; I miss Sellers , Dr Strangelove, Being there and all.
The likes of him are missing from our daily lexicon.


Thanks for the link, Toby. It brought back memories from the RCAF in the 60s. Yes we were lucky, bloody lucky, not to have inadvertently "ended" the world back then. They used a line from an Anita Bryant, Florida orange juice ad, referring to them as "those little bags of instant sunshine."

It's beyond comprehension that a mentally unstable, ignoramus could have access to the nuclear launch codes. I saw a photo recently of a service guy sweeping the floor of a bunker that housed B61 nuclear gravity bombs. Even that guy had to be screened and tested to be cleared to sweep that floor. Those who've been through the process required for any access to these weapons can tell you it's quite rigorous. Except for the lunatic who is handed the big red button.


TB, we all miss Peter Sellers and that entire generation of really fine actors. Watching some of those terrific movies today is a bit like a visit to a necropolis.