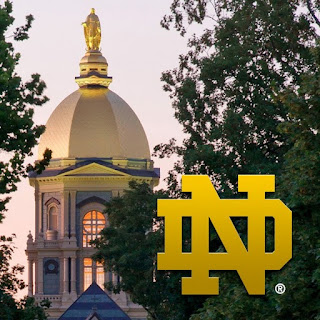 The University of Notre Dame's latest Gain Country Index ranks the world's nations on their ability to withstand the impacts of climate change.

The index keys on two factors. The first is a country's vulnerability to climate change and other global challenges. The second is the measures being taken to enhance resilience.

Those at the top are expected to be the last and, at least initially, least impacted. At the other end, the least fortunate countries are collected into groups. The very worst, "Oh my God, we're So Screwed." Then there's the "We're So Screwed" group who rank just behind the "We're Screwed" nations.

Canada? We're at an underwhelming 13th place. It's like we landed in the 13th slot despite ourselves. But there is hope. Canada is shown as trending down and our 68.9 rating isn't that much higher than the U.S. rating of 68.0. Norway topped the ratings, naturally, at 76.

Been crunching numbers in a spreadsheet. Just a general estimate based on numbers from the news. Can't remember where I got them. They've certainly gotten worse from my last effort.

Four degrees should be manageable, but only from the morbid caveat that the world would be short of six billion people within six decades. Happily, the climate can normalize within six decades then. Perhaps there's the semblance of modern life to still be had then, but there's far less fossil fuels, and far less manpower to extract them.

Every half degree increase, though, increases the length of time for the climate to normalize, and increases the percentage of population decline per decade.

A 4.5 degree rise in global temperature is double the length of time for the climate to normalize, and population is reduced to 33.6 million.

A 5 degree rise in global temperature is devastating. Humanity is reduced into the thousands: 7256 estimated population after 210 years of climate change revolution.

I expect the Earth to hit a four degree rise in temperature between 2030 and 2100. By then, I hope we have all the shans we need for all the fit that's gonna go flying.


Troy, how do you think the climate will "normalize" in a matter of decades after this mass die-off? Greenhouse gases, what's already in our atmosphere and what we'll be adding in the next few decades, are quite persistent. CO2, for example, lasts for centuries and continues its heating effect. These estimates also omit the natural feedback loops we've also triggered, especially Arctic methane. The methane numbers are all over the board which is not surprising given how sparsely the region is populated and the relative difficulty of access.

I expect we'll cope with the great die-off. We always cope with what happens elsewhere.

The climate can normalize at any temperature. We just may not be here to appreciate it.


Oh, I understand. Troy means 'stabilize' as in reaching a new normal. Again, though, I'm unsure how that would occur while the already heavily greenhouse-gas loaded atmosphere continues, potentially for a few centuries, to warm the Earth.

We're also now just about five years away from the onset of "climate departure." It's a phenomenon that operates like the flipping of a light switch. A team led by scientists at the University of Hawaii developed this theory.

What they contend is that, beginning in 2023-2025, parts of Earth will enter a new climate state in which, from the point of departure, every year will be warmer than the hottest year pre-departure. Every year. This phenomenon, if it occurs, will wreak havoc on everything from water supply to essential agriculture. It may also render areas such as the Caribbean seasonally uninhabitable. That, of course, raises the problem of migration. It is predicted to begin in certain equatorial regions and then spread poleward over the following 20-30 years.

"Troy means 'stabilize' as in reaching a new normal."
This is part of Lovelock's Gaia Theory.... If Gaia cannot maintain eqilibrium she will move quickly to a warmer or colder condition and stabilze there. There is some support for this in the geological record.

And just cause Gaia might stabilize, it doesn't guarantee human survival.

By normalize, I don't mean the Earth will return to pre-industrial temperatures. I mean, when 6 degrees is reached, that's the normal. Weather will change and change for decades afterward through the inertia of climate change (centuries after hitting 5.5 degrees), until there's equilibrium, and the weather would have some semblance of predictability (albeit, such weather would be too harsh for current human life, so who'd be around to predict it anyway?).

Also, by ceiling, I just mean measuring after 6 degrees is useless. Human extinction is a certainty then (it's actually a certainty at 5.5 degrees, as I corrected part of my table at 5.5 degrees, accounting for inertia). And without human input toward climate change, then it should stabilize at where we left it.

The Earth has been in a runaway greenhouse extinction event previously, 250 million years ago: Permian–Triassic extinction event when temperatures raised by 8 degrees. The oceans acidified, and much ocean life was lost. Land animals fared better, but... 97% marine life and 70% land life lost. The largest extinction event in world history, and we've kick-started the whole process of repeating it.