Monbiot, Again - This Time on the Scourge of Wealth Accumulation 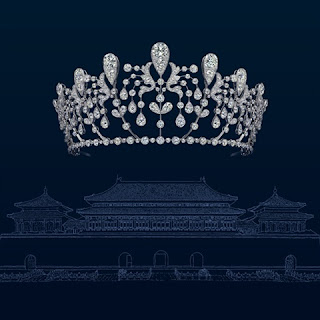 It's not a plot. The hyper-rich haven't masterminded some scheme to suck the wealth and power out of the rest of us. Guardian columnist, George Monbiot, says it's an entirely natural process, one that has dire implications if left unchecked.

Wealth and power concentrate not because those we confront are wicked (though there are one or two). Their escalation, in the absence of a political movement to restrain it, is an intrinsic feature of complex human societies. It occurred even in the world’s first cities, in southern Mesopotamia.

A useful way of looking at this problem is the concept of patrimonial capital, popularised by Thomas Piketty*. Piketty showed that when the return on capital increases faster than the growth of economic output, inequality spirals, social mobility stalls and the enterprise economy is replaced by a rentier economy.

In other words, once you have money and property, you can use it to accumulate more money and property, taking an ever greater share of society’s wealth, through the harvesting of economic rent. By economic rent I mean charging people over the odds to use a non-reproducible resource over which you exercise exclusive control. Think, for example, of the ridiculous price we pay in the UK for train tickets, because the train companies have us over a barrel.

By this means, through no enterprise of their own, the rich become richer and the poor become poorer. This process has no natural limits. Eventually, as we’ve seen in the past, the very rich can capture almost the entire production of society.

At this point, the debt, destitution and unemployment that results can cause economic collapse: the Great Depression is a good example.

This predicament is not a perversity of the system. It is an innate characteristic. It is bound to work this way, unless there is a political movement capable of breaking the vicious circle of wealth accumulation.

But the problem doesn’t end there. The economic power of the owners of wealth translates into political power. The richer a tiny segment of society becomes, the better it is able to capture politics and undermine democracy. Eventually, we get a government of the elite, by the elite, for the elite. Does that sound at all familiar?

The right will never break the power of patrimonial wealth, because the right exists to defend it. But the left, when it remembers what it’s for, exists to confront it.

During the 1940s, when the left was arguably at the peak of its power in mainstream politics, the top rate of income tax in the US rose to 94%, and in the UK to 98%. Economists today look back on these rates and describe them as irrational. They argue that the Laffer Curve suggests that governments raise no further revenue above a rate of about 70%. But this is to miss the point. The point of these taxes was not just to raise revenue, but to break the power of patrimonial capital, and the vicious circle of wealth accumulation and inequality.

They did so to great effect, which is why this nation came to enjoy, for the first time in our history, decent housing for working people, a National Health Service, high employment and shared wellbeing and a robust social safety net to ensure that no one fell into the condition suffered by people in the Old Nicol.

But after Margaret Thatcher and Ronald Reagan came to power, top rates of tax were slashed, trade unions were suppressed, regulations, including rent controls, were torn down, and patrimonial wealth began to rise again. The vicious circle began to turn once more. Unfortunately, 13 years of Labour government did little to address this, because Tony Blair and Gordon Brown failed to understand the power of patrimonial capital, or the need to contain it.

Monbiot's remarks are, of course, directed to his homeland, Britain.  Yet this accumulation of patrimonial wealth is also alive and well on our side of the Atlantic. Just as Tony Blair and Gordon Brown failed to understand it, so too does today's Canadian government.