Monbiot - The Town that Discovered a New Medicine for What Ails Its People. 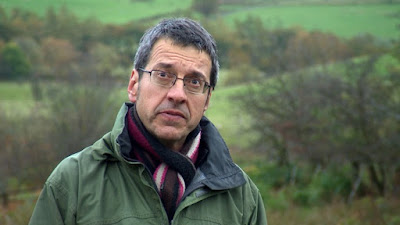 The Guardian's George Monbiot has a look at how the town of Frome, Somerset, managed to slash its emergency room admissions by tackling loneliness and isolation.

This week the results from a trial in the Somerset town of Frome are published informally, in the magazine Resurgence & Ecologist. (A scientific paper has been submitted to a medical journal and is awaiting peer review). We should be cautious about embracing data before it is published in the academic press, and must always avoid treating correlation as causation. But this shouldn’t stop us feeling a shiver of excitement about the implications, if the figures turn out to be robust and the experiment can be replicated.

What this provisional data appears to show is that when isolated people who have health problems are supported by community groups and volunteers, the number of emergency admissions to hospital falls spectacularly. While across the whole of Somerset emergency hospital admissions rose by 29% during the three years of the study, in Frome they fell by 17%. Julian Abel, a consultant physician in palliative care and lead author of the draft paper, remarks: “No other interventions on record have reduced emergency admissions across a population.”
...

The point was to break a familiar cycle of misery: illness reduces people’s ability to socialise, which leads in turn to isolation and loneliness, which then exacerbates illness.

This cycle is explained by some fascinating science, summarised in a recent paper in the journal Neuropsychopharmacology. Chemicals called cytokines, which function as messengers in the immune system and cause inflammation, also change our behaviour, encouraging us to withdraw from general social contact. This, the paper argues, is because sickness, during the more dangerous times in which our ancestral species evolved, made us vulnerable to attack. Inflammation is now believed to contribute to depression. People who are depressed tend to have higher cytokine levels.

But, while separating us from society as a whole, inflammation also causes us to huddle closer to those we love. Which is fine – unless, like far too many people in this age of loneliness, you have no such person. One study suggests that the number of Americans who say they have no confidant has nearly tripled in two decades. In turn, the paper continues, people without strong social connections, or who suffer from social stress (such as rejection and broken relationships), are more prone to inflammation. In the evolutionary past, social isolation exposed us to a higher risk of predation and sickness. So the immune system appears to have evolved to listen to the social environment, ramping up inflammation when we become isolated, in the hope of protecting us against wounding and disease. In other words, isolation causes inflammation, and inflammation can cause further isolation and depression.
Posted by The Mound of Sound at 1:21 PM

That is absolutely fascinating, Mound, and I guess is also a strong example of the mind-body connection.

This idea is getting some steam. I just finish Lost Connections which gets at the social prescriptions needed to help stave off some of the anxiety and depression caused by loneliness. Monbiot's article made me want to take action in my own town, but I would have no idea where to start. How do we get from here to there?

These programs are popping up in many places.
"New program aims to help 'frequent flyers' before they need ambulance"

These programs are popping up in many places.


If there's any place that needs this sort of programme, it's a stone's throw from my keyboard. Vancouver Island is sometimes called a home for the "newlywed and nearly dead." My town shares a border with Qualicum Beach which has the distinction of being "the oldest town in Canada" a reference to both median and average age of its residents. Both towns are popular with people from other parts of the province and country who come here to retire in our gentle climate. They show up and, in 10 or 15 years, nature takes care of the rest. What neither man nor nature does much for are the widows and widowers who may suddenly find themselves hundreds, in some case thousands of miles removed from any close relatives.


Hi, Toby. Thanks for the link. It would be great if this could spread across Canada. It seems like a true no-brainer.


I've used to be a cynic about these "good works" initiatives, Lorne, having seen some come and go. It took a while for me to accept that there were exceptions that worked, in some cases wonderfully.