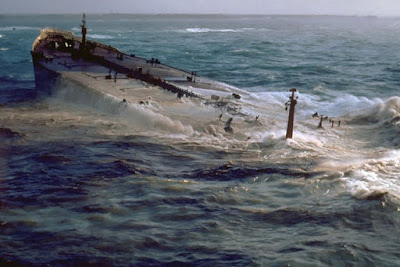 When Trudeau tries to squirm off the hook for making a farce of his solemn promises about cleaning up the National Energy Board, full consultation with First Nations and, the real kicker, "social licence," he goes straight for the double-talk by which you know he's lying right into your face - again.

It's bad enough that he's a liar but he's not even good at it. He's not convincing, not if you really listen to his horseshit.

He came out to Nanaimo where the crowd wasn't particularly pleased with his pipeline decision on the Kinder Morgan line. He said there were unhappy people on both sides and he had to reach a "compromise." Then he launched into the really greasy horseshit, the stuff about how Canada's green future depended on exporting as much Black Death bitumen as conceivably possible.

But, wait. What's this voice of reason "compromise" he keeps touting? What is a compromise but some form of quid pro quo, give and take. So, let's see. Alberta gets something, the goddamned pipeline, and British Columbia gets what, oh yeah, the shit end of the stick.

I think what Justin is really getting at is carbon pricing. We know all about that here in B.C. We've had it for years. We did it because, given the way the climate is going, it was the right thing to do. Not nearly enough, mind you, but a start. We're going to have to do far better than that before long but we sort of broke the ice.

So that must be Justin's vaunted compromise. It was a compromise between Ottawa and Alberta, a Justin-Rachel deal. She would stop breaking Justin's balls over carbon pricing and he would throw B.C. into the ditch, the one they're digging for that new pipeline.

In other words, Justin is rewarding Rachel for doing nothing more than the right thing, eventually, maybe, and belatedly at that. So just what does B.C. get out of this compromise? Let's see.

We get a bigger, perhaps three times bigger, pipeline system crossing our seismically active territory. A mega-pipeline operated by an American outfit with a lengthy and lousy pipeline safety record. Plus we get a new armada of heavily laden supertankers plying our, at times, very treacherous waters. 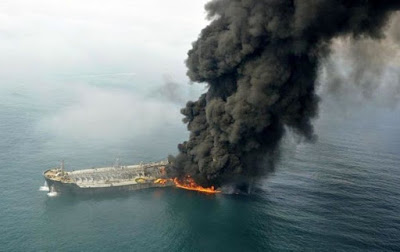 Been following the oil tanker disasters of recent months? In January the Sanchi went down carrying 136,000 tons of oil. Some of it is already washing up on the Japanese shoreline. The good news is that was light crude oil. It was at the other end of the scale from Trudeau-Notley's heavy crude bitumen laced with abrasives, acids, heavy metals, carcinogens and other crap.

Sorry, Canada, but your prime minister took my province and hung us out to dry. It's sort of like Justin's way of saying, "You play ball with me, or else, and then I'll stick the bat straight up your ass." Not the sort of thing that inspires a lot of patriotism.

To see what an unmitigated scam Trudeau and Notley intend to perpetrate on British Columbians, read Emma Gilchrist's excellent analysis of Ottawa and Alberta's bitumen scheme and everything (warning, there's a lot) they're not telling anyone. Sure there's a conspiracy here and the conspirators are Rachel Notley and Justin Trudeau.

It's telling what has Notley's knickers in a bunch. British Columbia has said it wants no "additional" bitumen flowing into the province until the safety of a bitumen spill and the adequacy of the government's vaunted "world class" oil spill response can be assessed. Trudeau has never wasted an opportunity to proclaim that this has all been done, the science is in. Well, Justin, where the f#@k is it then? Why haven't you circulated this, high and low, to every newsroom in B.C. and every mailbox of every British Columbian?

Notley isn't losing her shit over a bitumen embargo because there isn't one, nor has one been threatened. She has gone ballistic over the prospect that British Columbia wants to assess the risks of dilbit spills, ashore and at sea, and this supposedly wonderful oil spill response apparatus. That's what she's out to thwart, trying to depict it, quite falsely, as a wrongful embargo on dilbit by a petulant British Columbia.

The Sanchi had almost 1 million barrels of condensate:

"condensate is often used to dilute highly viscous heavier oils that cannot otherwise be efficiently transported via pipelines. In particular, condensate is frequently mixed with bitumen from oil sands to create dilbit."

"There are many condensate sources, and each has its own unique gas condensate composition. In general, gas condensate has a specific gravity ranging from 0.5 to 0.8, and is composed of hydrocarbons such as propane, butane, pentane, hexane, etc. Natural gas compounds with more carbon atoms (e.g. pentane, or blends of butane, pentane and other hydrocarbons with additional carbon atoms) exist as liquids at ambient temperatures.[4] Additionally, condensate may contain additional impurities such as:

It's worrisome that Jim Carr is now chiming in on the "National Interest" aspect of the pipeline dust-up, mirroring, of course, the concerns of his pretty-boy boss, but what none of the people in most of the media are pointing out is that this is purely an export project: resources, jobs and profits go elsewhere. We're left with risk, meaning, in this case, the virtual certainty that there will be spills on land and sea and that we'll get to bear the burden of remediation, if such is possible. If there were ever a perfect stand-in for Pandora's box, the tar sands would be right at the top of the list. Until there is lasting responsibility for decisions made, both government and corporate leaders will continue to play fast and loose with public resources and the survival of life on the planet.

Notley's performance lately has been so over the top, one suspects she has little faith in her argument.

NOt a good record.

Notley has lived and worked in BC. Horgan worked in Ottawa. Imagine a slightly alternate history wherein Notley is currently NDP BC premier and that Horgan is the Alberta NDP premier. I have no dought they would both be touting exactly the opposite of their current policies.

And selfie boy is adrift as the cliches fail him.

Until we fix our media problems (now on steroids due to the FB efect) and the resulting wilful ignorance, we are doomed. (PR is preferable but will not fix this clusterf**K)