There Goes the Budget. Does This Mean "Game Over"? Could Be. 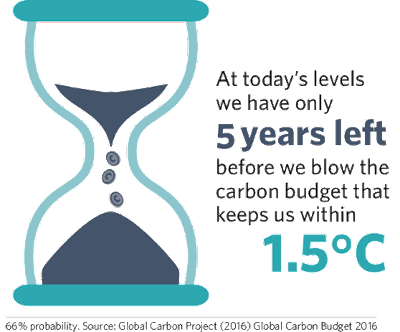 You might have heard of it, the Carbon Budget. That is the amount, in tonnes, of the greenhouse gas, CO2, that we can still add to the atmosphere and yet supposedly have a snowball's chance of avoiding catastrophic climate change.

Big news from America where Washington's Energy Department has released a report projecting that there'll be no reduction in US emissions from now until 2050, probably even some increase. If that's accurate it means that the United States of America, representing some 4.4 per cent of global population, will gobble up the entire carbon quota for the other 95.6 per cent.

Perhaps inspired by the Energy Department's report, a few days ago Exxon released its own report to shareholders saying the petro-market is sound into the indefinite future and it'll have no problem flogging all of its proven reserves and should continue exploring for new oil fields.

Well kids, there goes the neighbourhood.   As Exxon Mobil goes, so goes Aramco, Sinopec, Petro China, Shell, BP, Total - the lot of them. And that means that Trudeau and Notley are in on it too. It's Mardi Gras for carbon energy. Carbon taxes, are you kidding?

Since the heady days of the Paris Climate Summit in December, 2015, I've been banging the drum for the warning the Potsdam Institute's climate wizard, Hans Joachim Schellnhuber, issued to the conference delegates. He said that averting climate catastrophe might be possible provided the world governments acted in concert to effect an "induced implosion" of the fossil energy industry.

Schellnhuber knew what, inside ourselves, most of us know. This massive industry, said to represent some 27 trillion dollars of subscribed wealth on the stock markets and bourses around the world wouldn't let go. It would have to be put down. That is the "induced" part of Schellnhuber's warning.

Without the political will to put down the fossil fuelers, we're gonna burn. It's only a matter of physics - and geology, environmental geography, chemistry, atmospherics, glaciology, biology and botany, marine biology, oceanography and hydrology, meteorology, epidemiology, medicine, climatology, agronomy, seismology, paleontology - every discipline that had tested and corroborated the central thesis of climate change.

Twenty seven trillion dollars and growing. Money talks, science walks. You and me? We're just along for the ride.

Scott Pruitt, the head of the Environmental Protection Agency, has suggested that global warming may be beneficial to humans, in his latest departure from mainstream climate science.

Pruitt, who has previously erred by denying that carbon dioxide is a key driver of climate change, has again caused consternation among scientists by suggesting that warming temperatures could benefit civilization.

The EPA administrator said that humans are contributing to climate “to a certain degree”, but added: “We know humans have most flourished during times of warming trends. There are assumptions made that because the climate is warming that necessarily is a bad thing.

Don't worry, Mound. As soon as the permafrost melts and releases its 15 million gallons of mercury, we'll all be crazier than shithouse rats.


Yeah, I read the mercury report on climate wire and the Guardian. It's obviously a naturally occurring variant but the estimated volume of the stuff across the north seems astonishing. I doubt there's much that we are able to do about it. Out of sight/out of mind. To the people of the Arctic it might be a little more difficult to ignore. If it gets moving within the groundwater system they might be forced to move and, if that happens, I hope like hell that we pick up the tab.