The Invasion of the Body Snatchers Meets Donald J. Trump 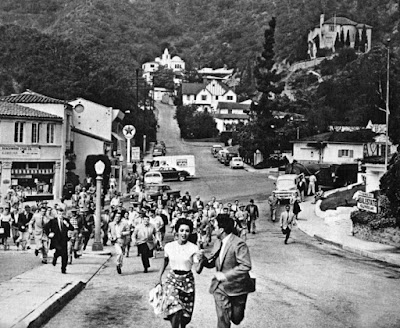 The Guardian's take on this year's Conservative Political Action Conference (CPAC) is that it vaguely resembled The Invasion of the Body Snatchers.

Donald Trump has created a Born Again GOP, made in his own divine image.


Do you remember I started running and people would say, ‘Are you sure he’s a conservative?’” an exultant US president asked the Conservative Political Action Conference (CPAC) on Friday.

“I think now we’ve proved that I’m a conservative, right?”

Or perhaps more accurately, the conservatives gathered in the cavernous ballroom proved they are all Trumpians now. There were “Make America Great Again” caps, raucous chants of “Lock her up!” and “Build that wall!” and loud boos for the demons of the left. Old-school Republicans were thin on the ground, usurped by a crowd that included young and sometimes rowdy students.
...

CPAC 2017 was effectively a coronation, though still with a strong hint of danger and uncertainty in the air. The white supremacist Richard Spencer turned up outside the main auditorium and had to be ejected. Another white supremacist – in some eyes at least – Steve Bannon spoke from the stage.

The spotlight was dominated a succession of administration members answering toothless questions. Speakers included Eric Trump (“The media of this country does not understand the tone of this country”); rightwing populists Marion Maréchal-Le Pen (“I want America first for the American people, I want Britain first for the British people and I want France first for the French people”); and Nigel Farage (“I thought Trump’d be good but I’ve got to tell you, he’s exceeded all expectations”).

There was also the former White House adviser and conspiracy theorist Sebastian Gorka, who roamed the corridors basking in attention when not shoving a reporter.

On Thursday, Wayne LaPierre, the head of the National Rifle Association, sought to reject post-Parkland demands for gun control with a speech couched in Trumpian language that savaged elites, the media, anti-fascist protesters, Hollywood, George Soros and the FBI.

It seems that America has succumbed to a new, radical rightwing GOP. The extremist fringe has in its grip the now unified Republican government and, through its hold on the executive, congressional and judicial branches, has America's throat in its claws. Can it be any wonder that so many veteran Republican legislators are choosing to take their leave?

How do you think this ends?
Posted by The Mound of Sound at 1:33 PM

"How do you think this ends?"

I had the television on when I was doing some light exercise yesterday, Mound, and all I could think about during the crowd's response as Trumped pushed all the buttons during his CPAC address was trained seals. But then I realized that that was probably an insult to trained seals.

You're right, Lorne. Seals are playful, agile little creatures and they only kill to eat. We have a variety of them out here from the diminutive harbour seal all the way up to the stellar and California sea lions and none of them exhibits a lick of Tea Party Republicanism.

"How do you think this ends?"

As I've been warning you folks waiting for the deus-ex-machina (impeachment) ... he's just another Republican - but w/o the good manners