We're Out of Time

In most of Canada we've had a scorchingly-good weekend, at least so I've been told by friends and relatives in Ontario and Quebec. In fact, most of the inhabited world is setting heat records.

Those records? The scientific consensus tells us they're not going to last long before they're broken by hotter, more frequent and longer duration heat waves. Think of today as a "starter heatwave," an introductory lesson.

The federal government, on a Liberal motion at that, has declared Canada to be in a state of climate emergency. It's probably a good time to acknowledge that we're arse deep in a climate crisis. Jeebus, even the Arctic is ablaze.

The Dauphin doesn't really see it that way. He thinks Canada needs a bitumen pipeline that will eventually flood a fossil fuel-starved planet with high-carbon, low-value bitumen that. as he tells it, will eventually fill the treasury with money that will be used to fight climate change.

That's sort of like saying you'll put out the fire that's sweeping through your kitchen and livingroom but first you want a week or so to put another coat of paint on the house to up the resale value. There's a word for that. It's "stupid."

Trudeau is going to sink at least 12-billion into getting his expanded pipeline through to the coast. That's before the federal government sees Dime One. In fact the existing pipeline has lost about $34-million since it was signed over to the feds.

Is Trudeau putting Canada and the Canadian people in grave jeopardy? Yes, he is. It's not good enough to say we'll use vast wealth from a pipeline, money that may never materialize, as our fund to confront our very own, very real climate crisis.

Trudeau is gambling on time, our time, time we just don't have. Trudeau said his government would "follow the science." Like so many of his solemn assurances, that was hollow, a ruse. He is, instead, charting a path that is quite possibly nihilistic.

And so, thanks to the Liberal government of Justin Trudeau, we're reduced to this: 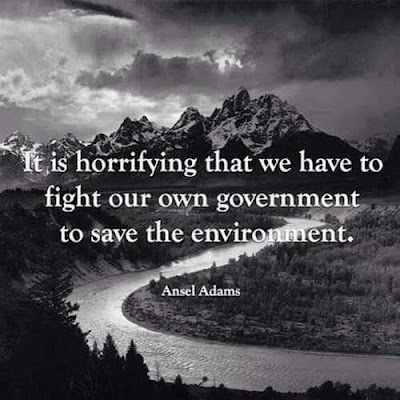 We are just starting to emerge from a week-long heatwave in Ontario, Mound. I always wonder about the economic costs of such events; surely most people don't feel like going out to a restaurant or doing much of anything during such episodes. Yet we are told that for the sake of the economy, we must move very slowly on the climate-change battle. I guess I just don't get it.


Yes, it's Trudeau's favourite saw, "the economy." With the world physically melting down the economy Trudeau sees is a precarious, high-carbon delusion. He should ask Mark Carney about the wisdom of doubling down on bitumen and the risk of destabilizing Canada's economy and its government's finances if/when the carbon bubble busts and high-carbon fossil fuels are stranded.

It's a gamble based on short-term political opportunism with scant regard to what it portends for future generations. That, however, is the thinking of Pierre Trudeau's least capable son.