Another day, another record, until the record themselves seem to blur into near meaninglessness.

Yes, last month was warmer than all the other months by that name since records were recorded. Yes, last year was warmer than the record year before it and the record year before that. Yes, there's less Arctic sea ice this year than there was last and, wow, compared to 1945! Yes, the Earth hasn't experienced this much atmospheric loading in nearly 3,000 years. Wowser.

Most of us, I suspect, see the headlines but at this point how many bother to read the text? As a young reporter I was given a fill-in-the-blanks sheet for reporting on house fires.  Like detective Joe Friday, it was "just the facts, ma'am." After all, it was top 40 radio - all the hits, all the time - fires weren't particularly important.

Today even the major television networks have a similar attitude to climate change stories - they're yawners. Media Matters for America has released a report that concludes, as the climate worsens ever more severely, the networks and their audiences are tuning out:

2015 was a banner year for climate news. February, June, October, November, and December were each their respective hottest months on record, and 2015 shattered the record for hottest year. The pope delivered a climate encyclical.Investigative journalists at Inside Climate News discovered that Exxon knewabout the dangers of human-caused global warming while it funded a climate misinformation campaign, and the New York attorney general launched an investigation into the company’s behavior. President Obama’s Clean Power Plan went into effect, and he rejected the Keystone XL pipeline. And most importantly, 195 countries agreed to cut carbon pollution as much as possible to stem global warming.

Despite all these critically important stories, as in the presidential debates, climate change was largely absent from US broadcast news. Climate coverage fell in 2015.

Most of the decline was due to ABC, which only spent 13 minutes in 2015 covering climate change – three times less than even Fox. While Fox’s coverage increased, most of the network’s climate segments featured interviews with guests who criticized efforts to address global warming.

The American networks' coverage of climate change issues and impacts is appalling and, yes, that is contributing to lack of public awareness and concern for climate change and its ramifications, immediate and long-term. Yet I somehow get the sense that maybe the networks have realized there's no appetite for these stories among a population that has already gone ostrich. 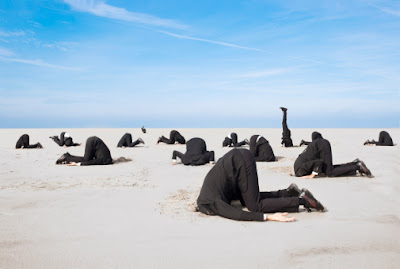 Like Nero, Mound, we fiddle while the planet burns.

Except that it doesn't work, hurts poor people, and doesn't fund any green projects:

@ Hugh. I'm well aware of your position on BC's carbon tax. Like everything else, it couldn't withstand Christy Clark's exploitative instincts. That's not to say that how the tax fared under Clark's control is demonstrative of anything else including whether carbon taxes are inherently worthwhile although you might believe that. I don't.

I think a carbon tax could be effective, but effective only when it is high enough to cause a slowdown in GDP.

The government is fixated on GDP growth, because that is how they plan to deal with the huge, growing debt. It's the same with federal govt.

So the carbon tax in BC has been cleverly set to a level where GDP is not negatively affected. The problem is, at that low level of carbon tax, GHG emissions are not being reduced.

Thanks Mound, I appreciate your interesting columns.

Yes, Hugh, our obsession with GDP growth illustrates that neoclassical economics truly has become a mental illness. Many times have I invited readers to use a basic, compound interest calculator to explore the effect of even modest, 2-3% annual growth in GDP on an economy. Few realize the exponential dimension of it and how impossible it rapidly becomes. It's entirely delusional and mortally so.