Death By Our Indifference 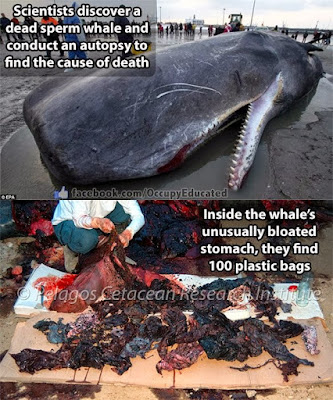 We've had a long fight to save the great whales from extermination at the end of a harpoon. Now we're doing them in with pollution, especially discarded plastic. 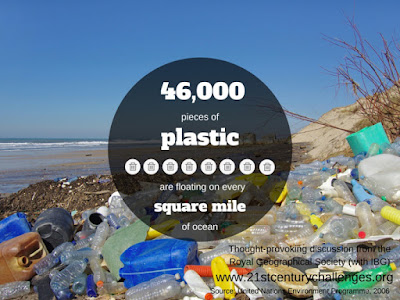 In January, 29 sperm whales stranded on shores around the North Sea. The results of the necropsies (the animal equivalent of autopsies) of 13 of those whales, which beached in Germany, near the town of Tönning in Schleswig-Holstein, have just been released. The animals’ stomachs were filled with plastic debris. A 13-metre-long fishing net, a 70cm piece of plastic from a car and other pieces of plastic litter had been inadvertently ingested by the animals, who may have thought they were food, such as squid, their main diet, which they consume by sucking their prey into their mouths.

Robert Habeck, environment minister for the state of Schleswig-Holstein, said: “These findings show us the results of our plastic-oriented society. Animals inadvertently consume plastic and plastic waste, which causes them to suffer, and at worst, causes them to starve with full stomachs.” Nicola Hodgins, of Whale and Dolphin Conservation, added: “Although the large pieces will cause obvious problems and block the gut, we shouldn’t dismiss the smaller bits that could cause a more chronic problem for all species of cetacean – not just those who suction feed.”

Whales are just part of the marine life succumbing to death by plastics. Dead sea birds just full of plastic are turning up on beaches around the world. 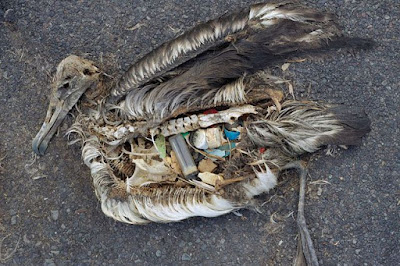 Mammals such as seals get fouled in discarded nets where small fish often gather. 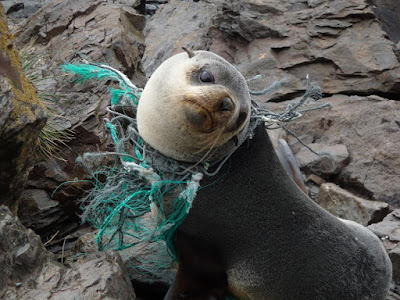 And then there are plastic bags which, in the water, can look very much like jellyfish. 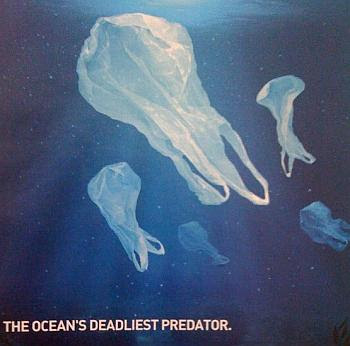 Jellyfish, by the way, are a favourite food of sea turtles. 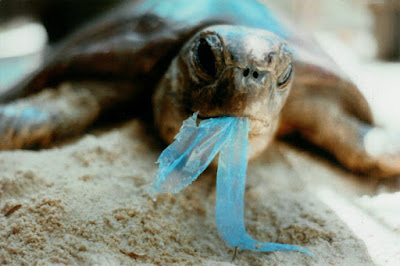 We need a global effort to get our crap out of their water. There's far too much of our persistent garbage out there and it doesn't break down. Death by ingested plastic is horrific. We have to stop it.

Small steps help. No plastic bags, bring reusable cloth bags. If you do get those six-pack rings, take scissors to them and cut them up so they can't trap any creatures. Never assume that, simply because you put your waste plastic in the garbage that it will be safely disposed of and won't make its way eventually to the sea.

Our indiscrimate use of plastics is another of our worst crimes against humanity. Aside from mission critcal applications all plastics should be legislated to decompose rapidly after first use. Why not legislate that all electoronics must be encased in aluminum. The plastic shopping bag must be banned.