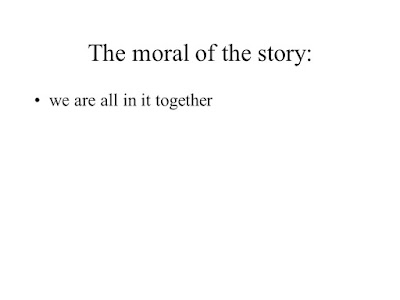 In response to yesterday's post of Robert Reich's essay on how free trade deals have morphed into pacts that benefit corporations, not people, reader Chris ("CRF") provided a link to another critique, this one in The New York Times.


...though trade may be good for the country over all — after netting out winners and losers — the case for globalization based on the fact that it helps expand the economic pie by 3 percent becomes much weaker when it also changes the distribution of the slices by 50 percent.

In a recent study, three economists — David Autor at the Massachusetts Institute of Technology, David Dorn at the University of Zurich and Gordon Hanson at the University of California, San Diego — raised a profound challenge to all of us brought up to believe that economies quickly recover from trade shocks. In theory, a developed industrial country like the United States adjusts to import competition by moving workers into more advanced industries that can successfully compete in global markets.

They examined the experience of American workers after China erupted onto world markets some two decades ago. The presumed adjustment, they concluded, never happened. Or at least hasn’t happened yet. Wages remain low and unemployment high in the most affected local job markets. Nationally, there is no sign of offsetting job gains elsewhere in the economy. What’s more, they found that sagging wages in local labor markets exposed to Chinese competition reduced earnings by $213 per adult per year.

In another study they wrote with Daron Acemoglu and Brendan Price from M.I.T., they estimated that rising Chinese imports from 1999 to 2011 cost up to 2.4 million American jobs.

“These results should cause us to rethink the short- and medium-run gains from trade,” they argued. “Having failed to anticipate how significant the dislocations from trade might be, it is incumbent on the literature to more convincingly estimate the gains from trade, such that the case for free trade is not based on the sway of theory alone, but on a foundation of evidence that illuminates who gains, who loses, by how much, and under what conditions.”

...In their new book “Concrete Economics” (Harvard Business Review Press), Stephen S. Cohen and J. Bradford DeLong of the University of California, Berkeley suggest that ultimately, it was the fault of American policy choices.

The United States might have leaned against China’s export-led strategy, they argue, perhaps by insisting more forcefully that Beijing let its currency rise as its trade surplus swelled. It might have tried to foster the cutting-edge industries of the future, as government had done so many times before, encouraging the shift from textiles to jumbo jets and from toys to semiconductors.

What Washington did, instead, was hitch the nation’s future to housing and finance. But Wall Street, instead of spreading prosperity, delivered the worst recession the world had seen since the 1930s. Even at best, they write, the transformation of banking and finance has “produced nothing (or exceedingly little) of value.”

...Perhaps most important, the new evidence from trade suggests American policy makers cannot continue to impose all the pain on the nation’s blue-collar workers if they are not going to provide a stronger safety net.

That might have been justified if the distributional costs of trade were indeed small and short-lived. But now that we know they are big and persistent, it looks unconscionable.

This critique and Robert Reich's analysis make a strong case that on trade deals like the TPP ordinary working Canadians are being conned. Again I wonder if the free trade mandarins of the federal bureaucracy are spoon feeding Trudeau their ideology. It's pretty hard to trust the government on this one.

Here's something to mull over. We - you and me - we've known all along what the experts are now proclaiming, that our blue and white collar working classes or, as I like to call them, the 90%, are getting screwed by these globalized trade deals. They work for some people, a few, at the cost of other people, the many. We've known that all along and it's beyond implausible to think that the people who have signed these deals, undermining our manufacturing base, offshoring our jobs and selling out our security, didn't also know it when they traded away our nation's sovereignty for a handful of beads. And it's even more implausible to believe that Mr. Trudeau, when he executes the instruments of our even grander indentured servitude, won't also know it.
Posted by The Mound of Sound at 8:47 AM

When Hillary wins in November both her and Justin can ratify the TPP and enact free trade with China. This will create jobs for the poor and disabled too!

BTW, Justin is no dummy being spoon fed ideology. He knows how the system works. Not only will he save the economy with his low-tax small-government plan, his motivational speaking fees will jump from $15k to $250k a pop.

That's free-market capitalism for ya, baby! Everyone gets a taste from the trickle-down largess (especially bribe-taking politicians...)