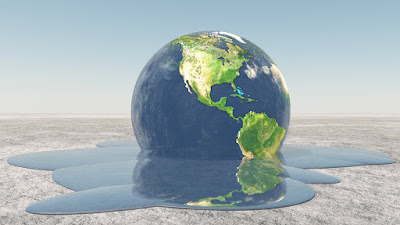 There's been a breakthrough in the ability of climate scientists to pin individual severe weather events on anthropogenic global warming. Think of it as the elimination of a lot of ambiguity that has blurred the public discussion in the past.


If someone asked what climate change had to do with the weather on any particular day, the answer might have been it wasn't possible to make the link for a specific storm or extreme weather event. Early climate research was focused on long timespans—what might change by the end of the century. But science has evolved so much, that this is no longer true.

"Originally we could only look at large areas over very long periods of time," says Heidi Cullen, chief scientist for Climate Central and one of the authors of a new report on climate attribution. "Now we've really been able to shrink everything down, so we can perform an autopsy, if you will, on individual events."

It's also possible to do the analyses in real time, as weather unfolds—and to share that data right away, while the public is still interested.

When [just a few days after the fact] the researchers made a statement about the heavy storms in the U.K., they also released it to an open-source journal, so anyone can review and analyze the process. They also used multiple techniques—regional and global modeling—to have as much confidence as possible in their answer.

It's easier to link some types of weather with climate change—such as extreme heat or cold, droughts, or massive storms—than others, like wildfires or tornadoes. "We know that wildfire risk is going to increase," Cullen says. "It's just very hard for us at this point to untangle the role climate change played in an individual wildfire. Whereas with an individual heat wave or cold wave, heavy rainfall or drought, we actually have some really solid techniques to do that."

That has big implications for insurance companies (natural disasters cost the world $90 billion in 2015, including $27 in insured losses), and for urban planning. "There's tremendous existential risk associated with climate change," says Cullen. "Everything from ocean acidification, coral bleaching, species loss, tremendous sea level rise—but the most immediate impacts, and in many cases the most costly effects that we're going to see right now are going to be from the changing risks associated with extreme weather...Extreme weather is something that we have to deal with."
Posted by The Mound of Sound at 2:45 PM