Thanks Brad, You Prick 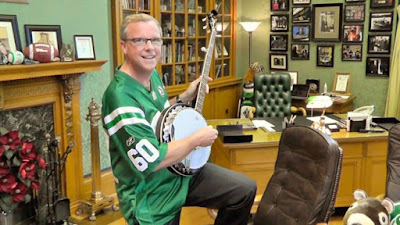 Brad Wall is a caring, compassionate man. He feels so deeply about Saskatchewan's homeless that he's buying them one-way bus tickets - to Vancouver.

Kerry Jang, a Vancouver city councillor and homelessness advocate who was among those waiting at the Greyhound station when the men arrived, said he was “just tearful” when he heard the two men had been put on a bus to British Columbia.

“I just put myself in those guys’ shoes and I just said, ‘Oh my God.’ If I had mental health issues, no money, no nothing, no supports, put on the bus into the great abyss. Wow. That’s just inhumane.”

He told Vancouver media he intends to ask the city’s mayor to speak directly with Saskatchewan’s premier about the issue.

B.C. Premier Christy Clark said she hopes the men get the care they need.

“We’re Canadian. We should be doing that,” she said.

You know, there's one word that perfectly captures Brad Wall, "Backpfeifengesicht." It may be the Germans invented that word just for him or else someone just like him.


Didn't Ralph Klein do the same thing in Calgary?


Now that you raise it, I'm not sure but it rings a bell.