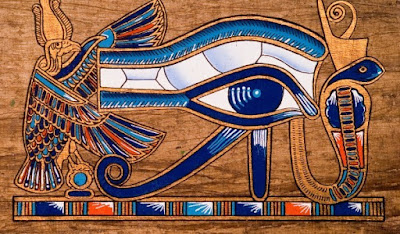 Think of it as the central bank of central banks, the Bank of International Settlements, the all seeing eye.

These days the eye sees trouble on the horizon for the global economy, especially the financial sector. One problem is China with its over production and excess capacity creating a slump in one of the world's major economic engines. (The good news is that China's greenhouse gas emissions may have peaked earlier than expected).

The BIS also warns of a loss of investor confidence in central banks generally, perhaps shaken by the Bank of Japan's decision to go negative on interest rates.

And then there's what could be the biggest of them all - oil.

Seeking to find a common threat for the various global trends at play, Borio said “debt is what helps us understand apparently unrelated developments”.

“Against the backdrop of a long-term, crisis-exacerbated decline in productivity growth, the stock of global debt has continued to rise and the room for policy manoeuvre has continued to narrow,” he said.

Public sector debt has risen broadly, while private sector debt rises have been concentrated in emerging markets, he added.

He argued that debt also offered a “hint” on the continuing weakness of oil prices as “highly indebted oil-producing firms come under pressure to keep the spigots open to meet their service burdens.”

These are nasty times indeed for Big Oil. They are 'highly indebted' and what seems to be keeping them afloat are the proven oil reserves carried on the asset column of their financial statements. Yet we now know that avoiding catastrophic, runaway global warming will mean abandoning 80 to 90 per cent of fossil fuel reserves, leaving them untouched in the ground - stranded.

The value of Big Oil's listed reserves is about 27-trillion US dollars. That's what a lot of the financial community, including pension funds, has sunk its money into, the notional wealth of the oil giants. Some central banks, such as the Bank of England, have been ringing the fire alarm but most seem to be letting this one ride. The central banks, like the governments of the industrialized world, are like a deer caught in the headlights of an oncoming truck. That often ends poorly.