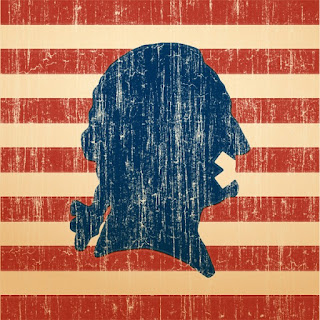 Chris Hedges has been very open in his call for a second revolution in his homeland. He even sees Bernie Sanders as a threat.

Bernie Sanders’ political corpse in the presidential race is still warm, but some of his prominent liberal supporters already are urging us to flee to Hillary Clinton. Sanders, who knows the game is up, will soon become the Democrats’ pied piper. He will seek to entice his supporters into the Democratic Party rattrap. He has decried the disruption of Trump rallies—denigrating the only power we have left—saying “people should not disrupt anybody’s meetings.” His “political revolution,” like his promise of a movement, is a cynical form of advertising. Sanders will, like the Barack Obama of 2008, end as an impediment to the mass movements he claims to represent.


...voting for Clinton and supporting the Democratic Party will not halt our descent into despotism. It will only accelerate it. Trump is not creating phenomena. He is responding to them. It is up to us to halt the array of forces, including the Trump campaign, that are preparing a species of American fascism and orchestrating a global ecocide. The only way we have left to vote is with our feet.


It pays to betray the citizenry. The Clintons have made more than
$153 million for paid speeches alone since 2001. The Democratic Party is awash in corporate cash. And the Obamas will soon, like the Clintons, be multimillionaires.

The two parties colluded to turn American politics into anti-politics. The culture wars replaced political debate. The Democrats co-opted the liberal elites and unions. The Republican Party embraced the lunatics of the Christian right, nativists and opponents of abortion rights. The Republicans and the Democrats looked at their supporters as useful idiots. It worked for a while. Then the manipulated and the abandoned sent the elites back to their gated estates. Voters flocked to Trump hate rallies and fueled Sanders’ political insurgency.

It was a bankrupt liberal establishment that made possible the rise of totalitarianism in Germany and Russia in the 20th century. The great intellectuals, writers, philosophers and artists—from Fyodor Dostoevsky to Hannah Arendt—who fought against emergent fascism and communism warned about a failed liberalism.

Who wants to support liberals when, year after year, they demonstrate that they stand for nothing? Who can trust liberals when they routinely sell out because they are afraid? (You cannot truly claim you oppose the apartheid state of Israel, endless war, mass incarceration, the ravaging of the environment or wholesale state surveillance and then go vote for Clinton.) How can you build a movement to blunt the legitimate rage of the underclasses if you are not willing to defend their most basic rights?

I am very sympathetic as the election of Clinton simply means more of the same. The problem is that the life of the average guy or gal would be so much worse under a Republican president that avoiding that must have precedence over creating a true progressive movement. Think of voting Liberal in an effort to turf the Conservatives even though we know we're not really getting what we want or need. No easy answers short of continued pressure within the party and outside of the party system as well. The marginal and most vulnerable citizens simply can't be left to struggle in the name of creating a genuine progressive movement and to deny that the Democrats are better than the Republicans is hard hearted and misinformed.

Considering more than half the states haven't had their primaries yet, I think it's a little premature to say Sanders it out.


I don't know, Mike. Haven't we been playing this "self-indentured servitude" game long enough? Where has it got us? The lesser of two evils is still an evil.

I hear you MoS and I'm very glad to see Bernie making the impact he is. It's just if liberals don't support the Dem candidate and you end up with a Repub president and congress then it's difficult not to accept some responsibility when reactionary legislation gets passed. I know that a stand has to be made it terms of forcing progressive positions on supposedly progressive parties but the reality is that we have an obligation to the vulnerable in society. What needs to be done is the mobilization of the folks who are most affected by the current neoliberalism...staying home at election day doesn't help them.

Mike, it's possible to vote for the presidential candidate from the Green Party and avoid the whole Dem/Rep duopoly. As socialist Eugene Debs said while running for the US presidency, “I’d rather vote for something I want and not get it, than vote for something I don’t want, and get it.”

@Anon. I get it but what I'm not buying is that it doesn't matter whether the winner is R or D because clear headed analysis of current events shows that Repub government is a disaster for the poor and the needy. Democratic government falls well short of what is required but it's better than the alternative. A vote for the Greens represents support for their platform and/or sends a message that the two party menu isn't enough but it also potentially greases the way for a result which should be found repugnant by all progressive folks IMO. It's a sticky wicket but with holding support from the Dems isn't likely to put them on the right track. The party establishment has to be pressured to support progressive solutions, particularly in the time between elections, and discontent must be mobilized and expressed outside of the electoral system. No reason for the system to change otherwise, IMO of course.